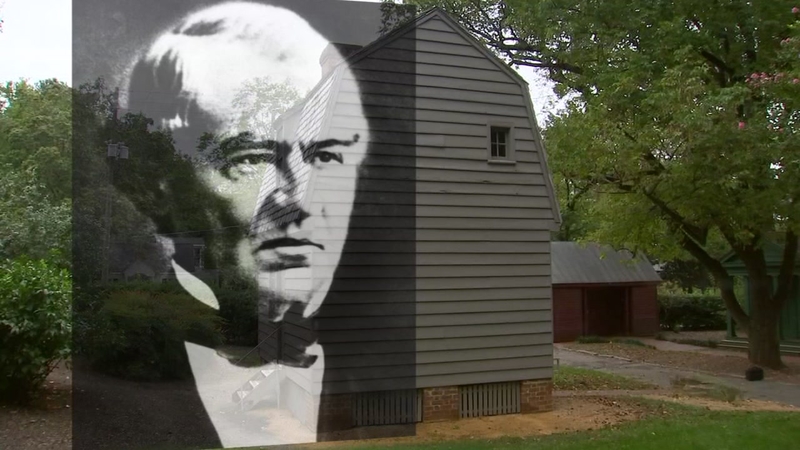 RALEIGH, N.C. (WTVD) -- The birthplace of a former President of the United States is a historic landmark that gains popularity around Halloween. That's because the building is believed to be haunted.

The Mordecai Historic Park is not the original site of the birthplace for Andrew Johnson, the 17th president of the United States. "Originally this house was over on Fayetteville street about a block away from the state capital building," Josh Ingersoll, the Director of Historic Sites for the city of Raleigh said. "You can still see the sign where the house used to be."

Johnson took over the presidency after Abraham Lincoln was assassinated. Ingersoll said Johnson was not a very well liked president.

Rumor has it that the birthplace of Johnson is haunted, though it's not thought to be the spirit of Johnson who moves through the two-story, two-room house. Johnson may have been born in this home, but he didn't live there long.

The Ghost Guild is the official paranormal investigative team for the Mordecai Historic Park. The Guild has investigated the home more than once.

Nelson Nauss is a paranormal investigator. "One of the good EVPs we've gotten here is when we asked the question 'Were you ever alive?"' Nauss said. "And we got a very clear response saying 'Yeah, I was alive!'"

Related: Haunted Triangle: Legends and history at the Capitol Building

Another interesting thing that happened is when we asked 'where are you from?'" Nelson said. "We heard 'Philadelphia.'"

Nauss said in talking with the park, they learned another paranormal team received the same response with a similar question.

So, who is the ghost that haunts Johnson's birthplace? It is a ghost or just coincidence? As life its self, it's unknown.