Haunted Triangle: Legends and history at the Capitol Building 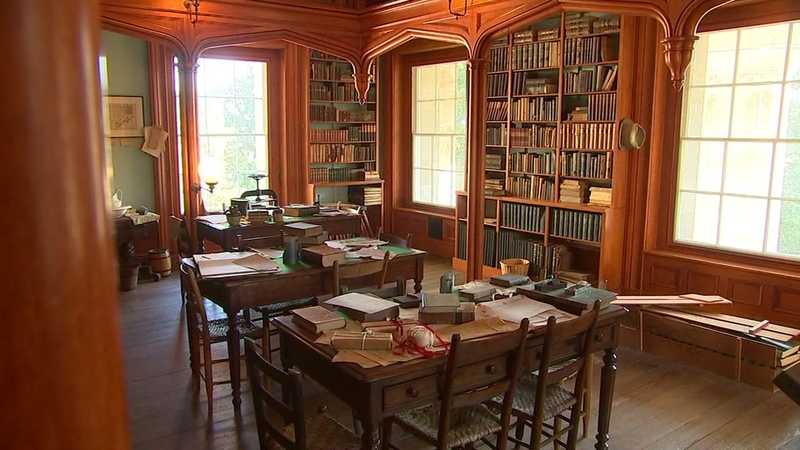 Haunted Triangle: Legends and history at the Capital Building

RALEIGH (WTVD) -- The Capitol Building in Raleigh has survived an ever-changing landscape for 178 years.

Many say the building, which is open to the public for tours, plays host to more than just people from our time.

In the early 1830s, the original Capitol Building -- or the State House as it was known at the time -- burned to the ground.

Nearly a decade later in 1840, the building that now stands at the end of Fayetteville Street would be erected in the same spot as its predecessor.

There has never been any known murders or suicides inside of the building, but legend has it that paranormal activity often plays out inside the historic walls.

Terra Schramm, the site administrator of the building said for whatever reason, the library seems to have the most activity.

It's a location that, until the 1960s when the legislature moved down the street, lawmakers would research and write bills.

"We have people who come to visit and have no knowledge of the building," Schramm said. "They'll take their tour, they'll come back down to the front desk and ask 'Did something happen in the library? I just got a really strange feeling.'"

Schramm said that there is no real reason for the strange feeling. Although she admits ghost researchers in the late 90s and early 2000s also noted increased "activity" in the library.

According to Schramm, there are plenty of stories that are shrouded in mystery. Including doors shutting for no reason, strange noises, and cigar smoke smells, despite smoking in the building being banned decades ago.

One of the more famous stories is one that used to be told by a former overnight security guard, Mr. Jackson.

Schramm said that as Jackson tells it, one night after he locked up the building, he turned back to see what appeared to be a Civil War soldier pacing back in forth in a window.

So, is supernatural at play in the building?