Apex family can only watch as hawk kills their tiny dog 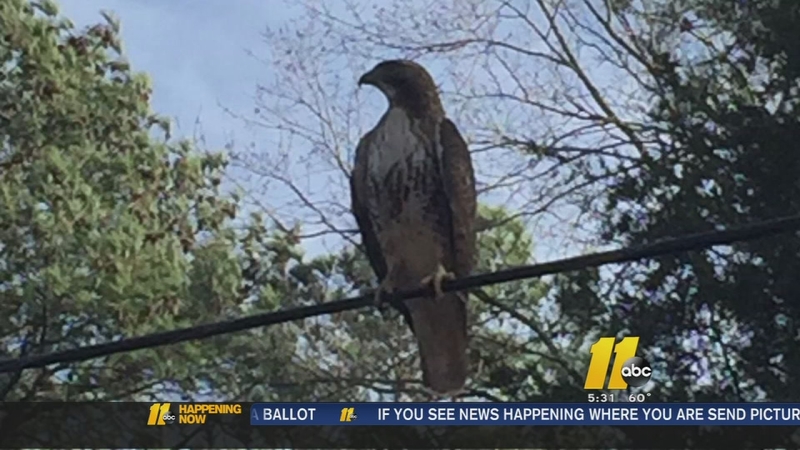 APEX, NC (WTVD) -- It was a pleasant Monday afternoon in Apex, unusually warm for the first day of February, and Ron Johnson's 15-year-old Chihuahua, Cocoa, was soaking up the sun in their fenced-in garden. Little did he know that fence, meant for privacy and protection, would be useless against a predator, approaching from above.

"When I opened the door, he just flew off with her. He just had her in his claws."

Johnson described the moment he came to the back door to check on Cocoa, only to see a large hawk trying to take off with her as she lay limp in his grasp. The bird let go, dropping the dog to the ground as Johnson came outside, yelling.

"I called my son and said 'She's gone.' I said - there was a gaping hole in her throat, her neck was broke, and she was just lying there - but she was still - her eyes were still moving," Johnson recalled.

The hawk never went too far, first perching itself atop a bird house in the corner of the garden until Johnson threw some cans of dog food, trying to get it to leave. It soon flew to a nearby power line before roaming from tree to tree in Johnson's backyard. It was still sitting on a pine tree branch by the time an Apex police officer got to the house on Brooklyn Rd.

Johnson had called 911, but there was nothing the officer could do.

On Tuesday morning, Johnson buried their pup in the backyard. Their home, once filled with happy barking, now quiet.

"My wife is still, you know, a little upset about it because she's so used to coming into the house and having her yap yap call her name," Johnson said.

Cocoa's brother Rico went missing during last winter's snow storm. Johnson has always said running away would be out of character for his aging Chihuahua. After Monday's shocking events with Cocoa, he believes Rico may have suffered the same fate.

Once the hawk left their yard, Johnson's son went next door to warn their neighbors who also own a small dog.

"He just let them know - a hawk just attacked Cocoa so y'all need to be careful," he said.

Apex police are warning all pet owners in the area to be cautious. While they haven't responded to any other incidents involving a hawk, officers warn owners of small pets to keep a close eye on them when outside.