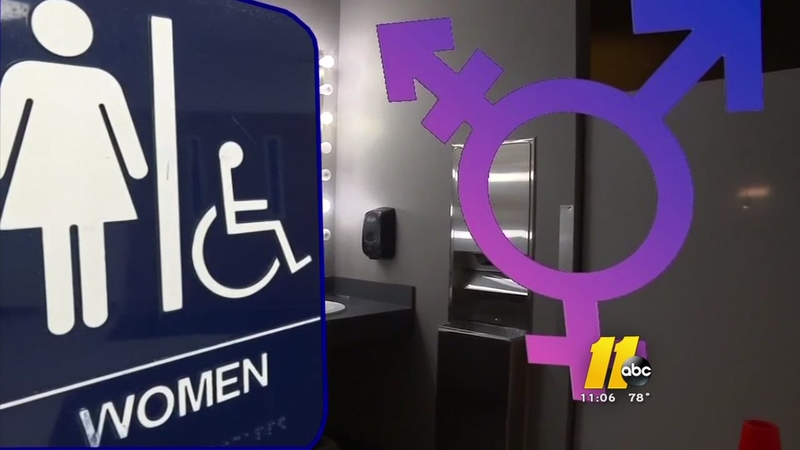 The latest on HB2

RALEIGH (WTVD) -- Gov. Pat McCrory met with leading Democrats on Thursday as opponents once again called for a repeal of House Bill 2.

LGBTQ advocates held a press conference Thursday morning to emphasize that lawmakers must fully repeal HB2 before they adjourn for the summer.

Lawmakers were unable to reach common ground with the governor.

The governor met with Democrats on Thursday, with little in the way of concrete actions.

"There's going to be some very high hurdles that need to be overcome and I'm not quite sure we'll ever get there," said State Sen. Floyd McKissick.

It comes 100 days after, HB2 was passed. It was designed to block a Charlotte non-discrimination ordinance, part of which allowed transgender people to use bathrooms and locker rooms of the gender they identify with, rather than their biological gender.

The state law requires people to use public restrooms and changing facilities according to their biological sex listed on their birth certificate in government buildings, schools, and universities.

Civil rights groups and transgender residents have sued to overturn these provisions. McCrory and the U.S. Justice Department also have filed competing lawsuits.

First Democratic Senator arrives at Mansion for private meeting on #HB2. Here's what Sen McKissick had to say #abc11 pic.twitter.com/pbWrdXgeiq

Despite repeated calls for repeal, Republicans appear to be doubling down on the controversial law.

"Any Democrat standing with the Human Rights Campaign and other out-of-state liberal interest groups by refusing any compromise is attempting to drive the NBA All-Star Game from North Carolina." said Ricky Diaz, McCrory's spokesman.

The NBA and Charlotte Hornets released a statement Thursday about HB2.

"We have been engaged in dialogue with numerous groups at the city and state levels, but we do not endorse the version of the bill that we understand is currently before the legislature. We remain committed to our guiding principles of inclusion, mutual respect and equal protections for all. We continue to believe that constructive engagement with all sides is the right path forward. There has been no new decision made regarding the 2017 NBA All-Star Game."

The North Carolina General Assembly could give McCrory's office $500,000 to help him defend House Bill 2 in court.

Legislation to make small and technical changes to a separate state budget agreement would take the money from $10 million allocated for disaster relief fund to use for the legal costs.

The legislation earmarking the $500,000 cleared the Senate Appropriations Committee on Thursday.

Senate budget-writer Harry Brown says McCrory's office asked for the funds but didn't know if the governor would need them.

Lawmakers did not discuss HB2 before adjourning for the evening Thursday.

ABC11's Elaina Athans and Andrea Blanford contributed to this report.