Big Weather is taking the next step ...

WTVD
By Don Schwenneker
ABC11's Don 'Big Weather' Schwenneker is taking the next step in his fitness routine.

Don - who says he has always been "big" - said earlier this year he began to notice something about his "big-ness."

"Only Graham Fuller was taller than me in 4th grade," he said. "In high school, I was as big as many of the football players. In life, I see over most of the crowd. I'm okay with my size."

Despite being okay with his size, he said it's getting harder to do things.

"Now, sometimes, I have to catch my breath after the steps," Don admitted.

So, he decided to do something about it.

"I've decided to get moving," Don said back in April. "I've heard the saying that little changes can lead to big changes. So I'm going to start small."

Well after several weeks of walking and little exercises he shared on his Losin It with Big Weather blog , Don says he feels great and is now ready for his next step. Check out the video above for his update!

And Don says feel free to share your stories with him on what you are doing. You can email, message him on Facebook, or on Twitter.

You can follow Don's progress on his Fitbit group here. 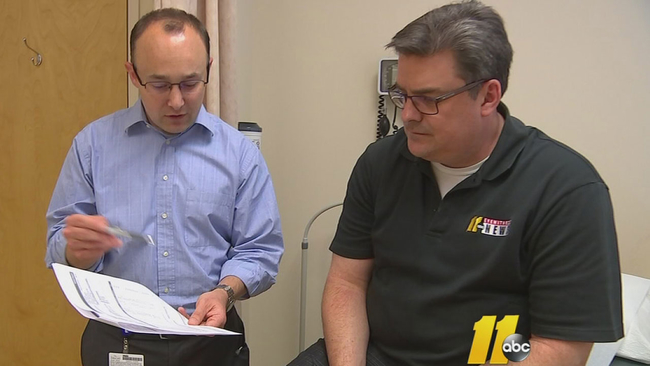 Losin It with Big Weather - Why I've decided to get moving...
More Videos
From CNN Newsource affiliates
TOP STORIES