Some Duke Energy customers claim smart meters are making them sick. Here's how you can opt out. 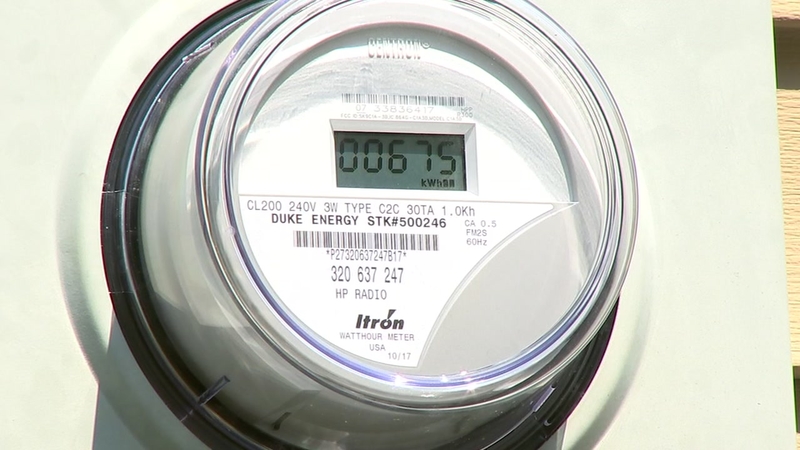 New options are available for some Duke Energy customers who want to "opt out" of a controversial new technology.

Starting Oct. 1, Duke Energy Carolina customers will have the option of saying 'no' to having new smart meters installed on their homes. The North Carolina Utilities Commission approved Duke Energy's new plan after a more than two-year debate on the technology.

Under the opt-out plan, Duke Energy Carolinas customers who want a non-communicating digital meter can get one, for a price.

Those customers will have to pay a one-time fee of $150 and an additional $11.75 per month. Duke Energy says those cost will cover the manual reading of the meters and the processing of the usage data.

Anyone who has a medical reason for opting out will not be charged any fees, but they will have to provide a notarized letter from their doctor that says they should avoid being near smart meters. Many customers in the Triangle area are covered by Duke Energy Progress and the company says they are still working on an opt-out policy for those areas. They encourage anyone who has questions or issues to give them a call.

Duke Energy started switching out analog and older digital meters in North Carolina for the new so-called smart meters earlier this year. The company says about two million meters have been switched so far.

The switch is part of a statewide grid improvement initiative that Duke Energy says will make the utility more reliable and give customers more control over their energy usage.

"Before you would get your usage information along with your bill so it was too late to really do anything about it, now with a smart meter you can see your daily and hourly usage information online," said Duke Energy spokesperson Jeff Brooks.

Despite the possible benefits, some Duke Energy customers say they don't want to make the change.

"This is being shoved down our throats and anybody in their right mind would not want a smart meter after reading about how bad they are," said Rachael Robertson of Burlington. "There's a long list of side effects from a smart meter."

Robertson says she likes to stay active and is in good health, but that changed a few months ago.

"I'm having an issue with sleep deprivation, ringing in the ears, and I've been having some headaches. They've been going on for several months now," she said.

When says she went to her doctor, who couldn't find anything wrong, now she believes her symptoms are being caused by her smart meter. Robertson says she started feeling sick right around the time Duke Energy switched her meter.
Duke Energy says it is aware of the concerns about health impacts, but the company insists the meters are safe.

"We have not seen any indication that the smart meters have an adverse impact on human health. Lots of studies have been done on these technologies," Brooks said.

A number of studies and opinions about smart meter technology have been written, but not all of them agree.

One letter sent to the state utilities commission from a group of scientists and health professionals reads "The adverse health impacts are real, significant, and for some people debilitating."

Burk began studying electromagnetic fields in the 1980s. He says there is almost no research on smart meters but they use frequencies similar to cell phones and can have a negative impact on people with conditions like electro-hypersensitivity, or EHS.

"Certainly if you've got EHS I would recommend opting out, if you've got a chronic disease I would consider it, if you're normal, normal meaning healthy, it's up to you," he said.
Report a correction or typo
Related topics:
health & fitnessnchealthtroubleshooterduke energy
Copyright © 2021 WTVD-TV. All Rights Reserved.
TROUBLESHOOTER
Watch out for scammers posing as your favorite Instagram accounts
Troubleshooter helps worker told she'd have to pay back $8k in unemployment
Durham couple charged for COVID test: How to avoid it happening to you
Don't fall for these scam voicemails trying to trick you out of money
TOP STORIES
Rape suspect shot by officer in Newton Grove: Sheriff's office
Garner teens rescue classmates from burning car
Developers want to build two 40-story towers in downtown Raleigh
Person arrested with multiple guns inside car at UNC
Raleigh activist says spike in crime is result of lack of resources
Research Triangle study may help save newborn lives
Cary 16-year-old Claire Curzan is living her US Olympic dream
Show More
AP: US military guns lost, stolen from North Carolina bases
Family remembers NC State professor who died from ALS
More evidence suggests COVID was in US by Christmas 2019
19-year-old shot, killed near Food Lion in Raleigh
Fla. governor signs bill requiring moment for school prayer
More TOP STORIES News