What you can do to protect yourself from wasps 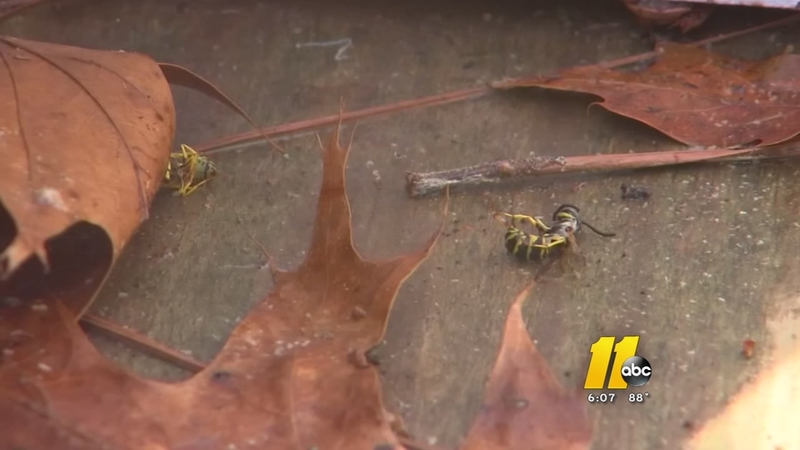 In the wake of the death of the contractor stung by wasps, there have been many questions about how common that is and what can be done to prevent it.

A Cary doctor said that while severe reactions to insect stings aren't all that rare, a reaction severe enough to kill a grown man is not unheard of. 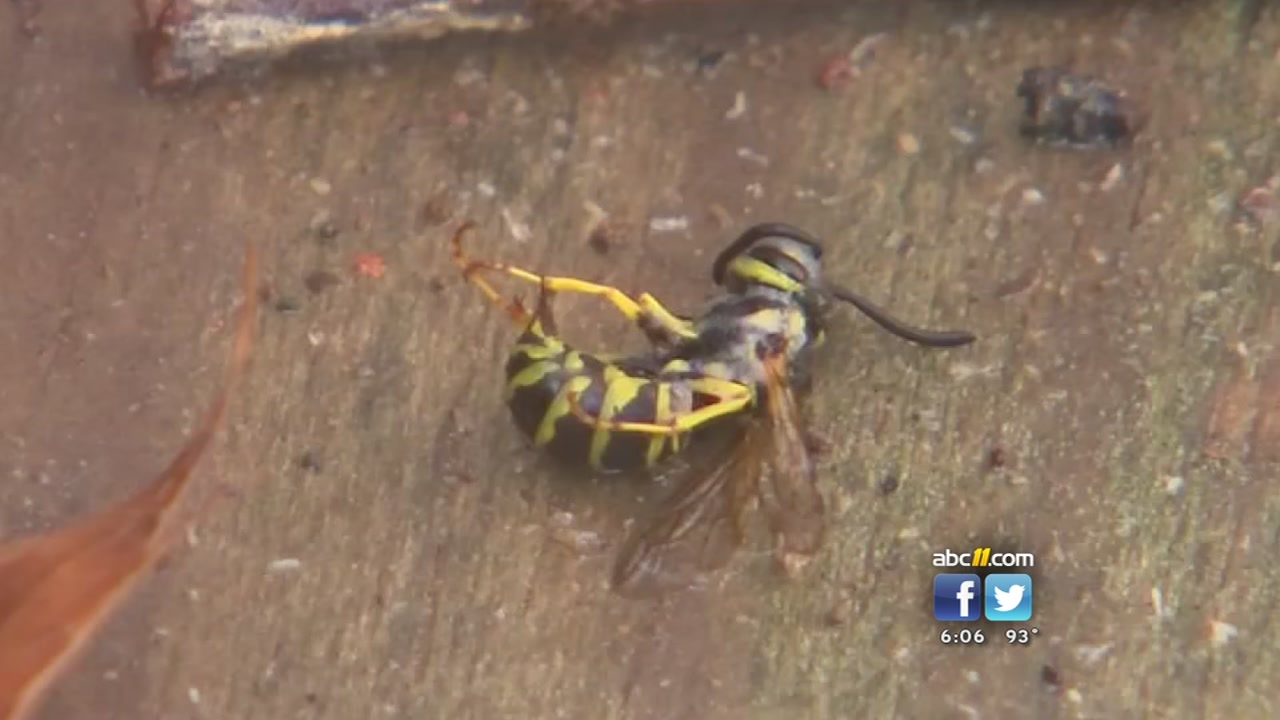 Man critical after being stung by yellow jackets
The contractor, who was stung by wasps on Monday while working on a home in Wake County, has died.

Romeo, an allergist with Allergy Partners of the Triangle in Cary, added, "A lot of times with that first reaction it can be more mild but the predictability of how severe these reactions is is kind of unknown."

While it is unknown whether the contractor had ever been stung before, Romeo said it would be even rarer for someone stung the first time to die.

"If you've never been stung before you should not have a reaction with that first sting because it does take at least one sensitizing event to develop and allergy," he said. "But even if you've been stung a hundred times before it is possible that you could develop an allergy and with that next sting there could be a reaction."

"Staying away from areas where yellow jackets and other bees and wasps like to congregate around open trash cans, underneath porches and decks, places where they might be dwelling. And always be careful if you are sticking your hand into something without looking first because there's a possibility there could be a nest in there especially during the summer months," said Romeo.

Knowing the habits and habitats of stinging insects is also important.

Most bees and wasps nest above ground.

Their nests can often be easily spotted, especially when you see a lot for flying insect activity.

But while yellow jackets have similarly sized nests, they tend to hide them and that's what makes them riskier.

"Yellowjackets, they tend to nest underground. They call them ground nests. So yellow jackets are one in particular that are dangerous in that respect," said Romeo.

ABC11 asked whether having an anti-allergy medicine like Benadryl on hand could make a difference.

Romeo responded, "Benadryl can take between 15 and 30 minutes to start working and it is not going to stop the life-threatening symptoms such as your throat closing up or your blood pressure dropping. Really Epinephrine is the only medicine that is going to be life saving in these situations."

But it isn't practical for everyone to carry an EpiPen.

They are expensive, expire, and require a prescription, although, Romeo said anyone who has severe allergic reactions should have one.

Romeo said he would even consider prescribing a pen for someone at high risk of coming into contact with stinging insects.