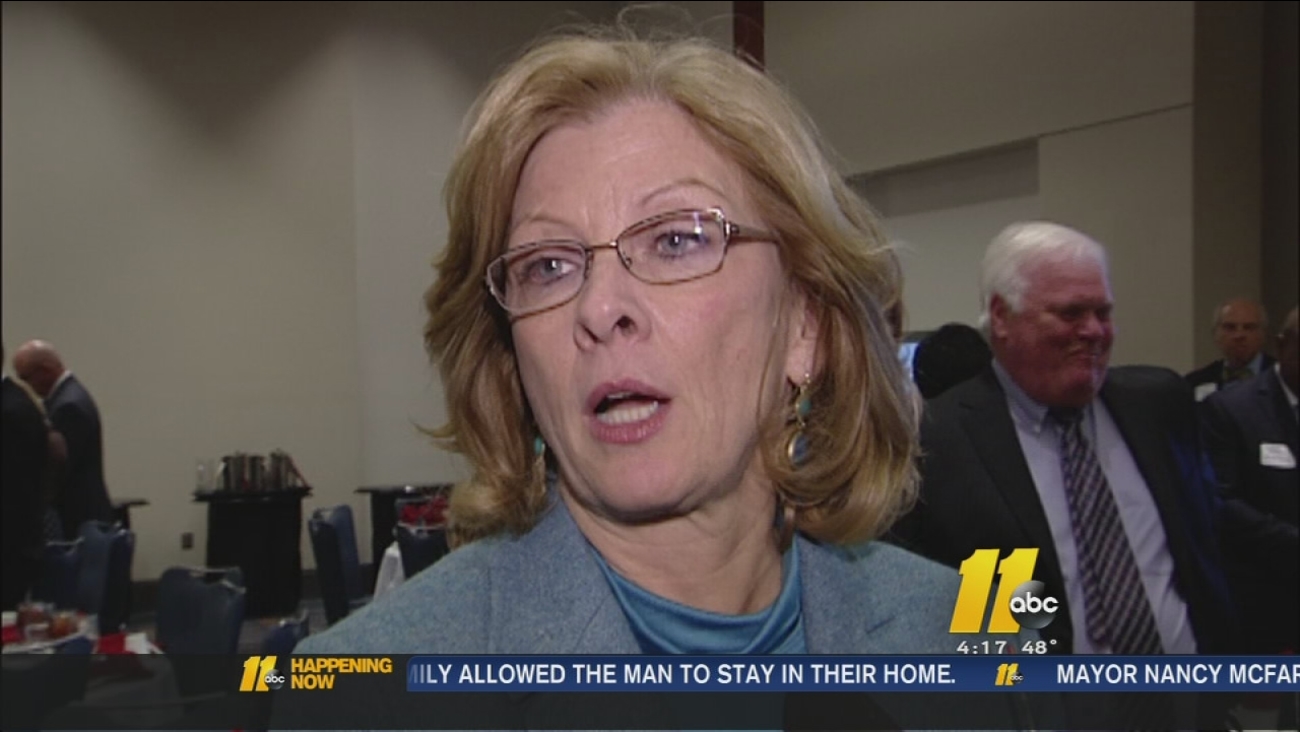 Raleigh (WTVD) -- Raleigh is growing, and the mayor says the city has some work to do if it wants to keep that trend going.

Monday, Mayor Nancy McFarlane delivered her State of the City address with a big focus on transportation and getting a deal done on the Dorothea Dix Park.

If you moved to Raleigh in the past year, you've noticed all the cranes and construction in several areas of downtown. Just Monday morning, city leaders celebrated the newest high-rise in the works on Fayetteville Street.

"It's a really great atmosphere," said Raleigh resident Laurel Streng. "There's a lot of younger people. There's always things to do on the weekends."

It's no surprise that Forbes recently named the Oak City as the fastest growing metropolitan area in the country.

"More housing for the folks that live down here would be a good thing," said Raleigh resident Tristan Howard.

However, with downtown growth on the rise, and suburban sprawl nearing its limits, McFarlane says the city is in danger of falling victim to its own success.

"I have large employers that are saying to me, 'The talent I'm trying to recruit really wants another option other than a car,'" said McFarlane.

The mayor used her State of the City address to push for a robust public transportation system adding bus and rail will be critical to keep high rises rising, and Raleigh's momentum going.

"It is key for our economic development," said McFarlane. "Without it, we will be overcome by our success and we will choke off on our own congestion."

Raleigh's other big dream is the future of a Dorothea Dix Park, which is now hinging on a compromise with the state.

McFarlane wants to covert the land into a massive city park and tourist attraction, but the General Assembly voided the lease saying it was a sweetheart deal that shortchanged taxpayers. The deal is now at a standstill as negotiations continue.

"Open space such as Dix Park is also on every recruiters list," said McFarlane. "The governor and I are working hard on this, and I am very hopeful that we will have a resolution soon."
The city has until June 1 to get the deal done before it expires.

The mayor says this will be the next big step for Raleigh as it plans for future growth.