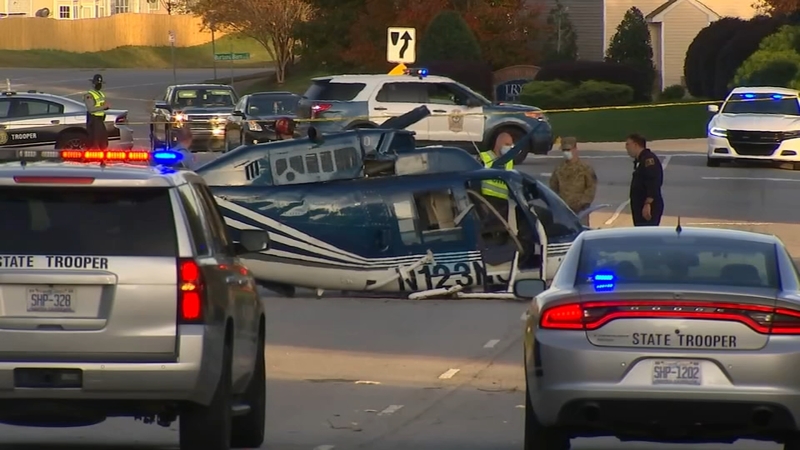 No one injured in NC State Highway Patrol helicopter crash

According to Sgt. Chris Knox with the NC State Highway Patrol, a pilot crashed the NCSHP-owned Bell helicopter on Tryon Road near Garner Road by the training center. The crash happened around 2 p.m.

Knox said the pilot was returning to the hangar when the helicopter hit several trees on the way down. Trooper B.K. Jones was the only person on the flight. Jones was not hurt.

Video showed the helicopter's tail was significantly damaged. Part of the road was briefly closed, but has since reopened.

"We are truly grateful for the health and safety of Trooper B.K. Jones after today's helicopter crash in Raleigh," said Colonel Glenn McNeill. "We are often reminded of the inherent dangers our members face as part of their daily pursuit to keep our communities safe. We look forward to a transparent investigation into today's crash and we welcome all findings that we hope can further our quest for the safe operation of the Patrol's Aviation Unit."

Closer view of the crash on Tryon Road at Garner Road in Raleigh.
No injuries! pic.twitter.com/rAXKTksJct