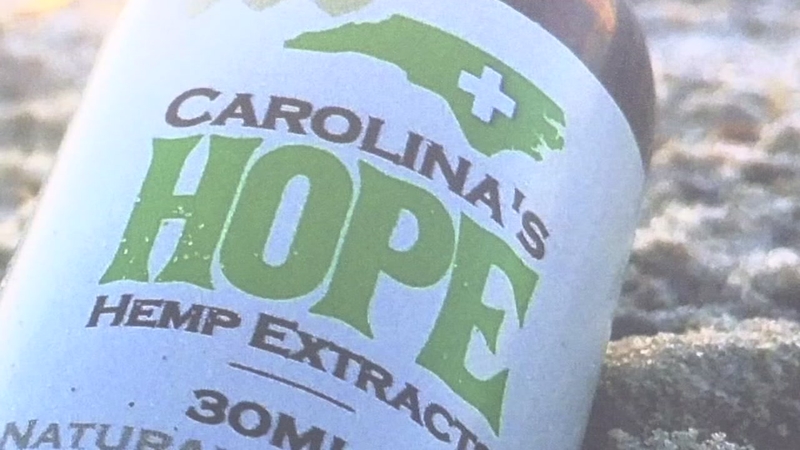 But in April, authorities responded to her apartment and charged the 32-year old with a pair of misdemeanors: possession of both marijuana and drug paraphernalia.

"This is not a drug. This is medication," Furstonberg told the paper in an interview.

Despite informing officers that the products were legal and showing them a notice that came with the paperwork, Furstonberg said her pleas were ignored.

"They did not believe me," said Furstonberg.

The 2018 Farm Bill legalized hemp, which can contain up to .3 percent THC, the main compound in marijuana. In a state like North Carolina, which has some of the strictest marijuana possession laws, that can prove difficult for authorities to discern the differences.

"Honestly, testing is really the only way you can tell, because they're going to smell the same, they're going to burn the same. That's why some of the confusion comes in," explained Trip Croom, the regional manager of The Hemp Farmacy.

Their hemp flower products come vacuum-sealed, so they cannot be tampered with.

"We have a lab reports website that you can go to to pull up to show the officer that this is what the product is," Croom said.

The company has seven locations throughout North Carolina, and has experienced growth since opening in 2016, in part because of hemp and CBD becoming more mainstream.

"There are different states with different laws about hemp. So as long as you're buying it in North Carolina, and you're here - you're fine. But if you're traveling to other states, you want to make sure it's okay to have it in those states," Croom said.