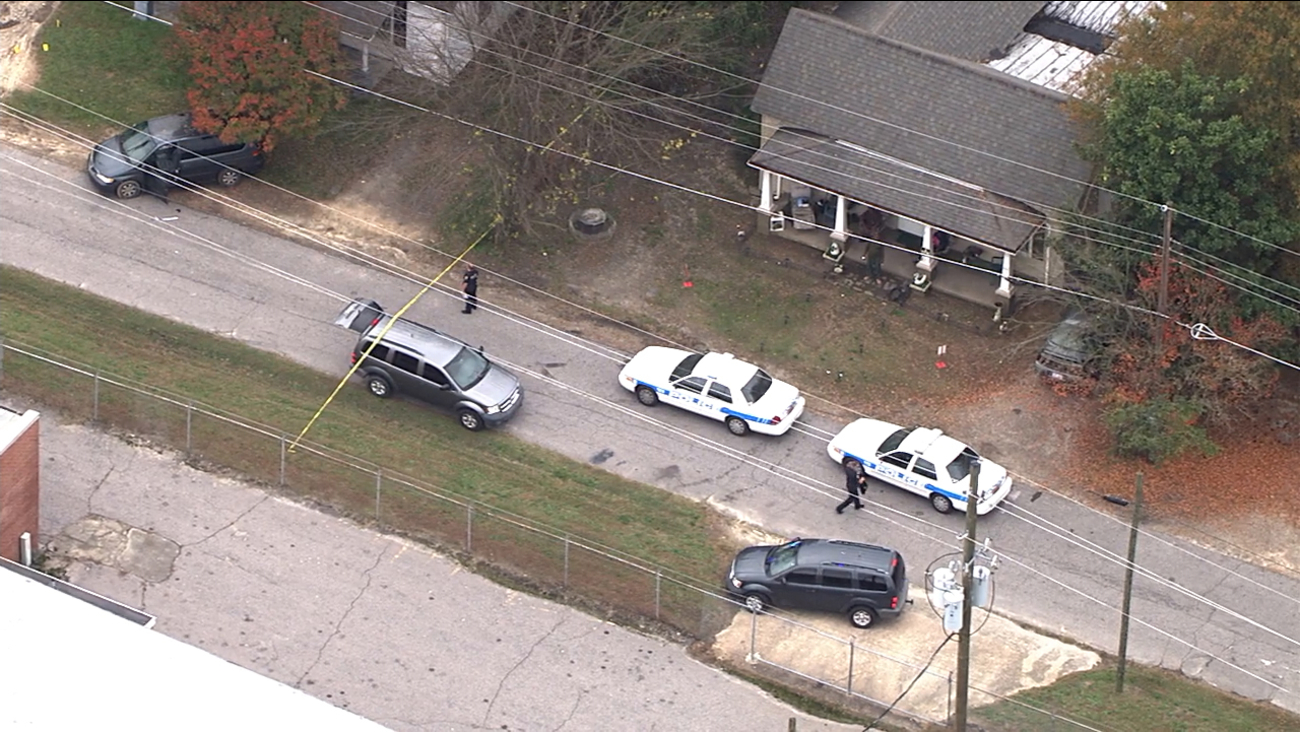 HENDERSON, N.C. (WTVD) -- Henderson police are investigating a shooting that happened Thursday afternoon in the 600 block of S. Park Avenue.

Police said when they arrived, they found 35-year-old Ryan Rogers has been shot. Vance County EMS took Rogers to an area hospital. His condition has not been released.

Chopper 11 HD was over the crime scene as investigators combed the scene. Evidence markers on the front lawn of a house showed where the bullets fell.

Authorities said the area was searched for possible suspects, but no arrests have been made.

If anyone has any information, they are encouraged to call CrimeStoppers at (252)492-1925 or the Henderson Police Department (252) 438-4141. Crime Stoppers offer a reward up to $2,000 for information that may lead to an arrest. Callers may remain anonymous.