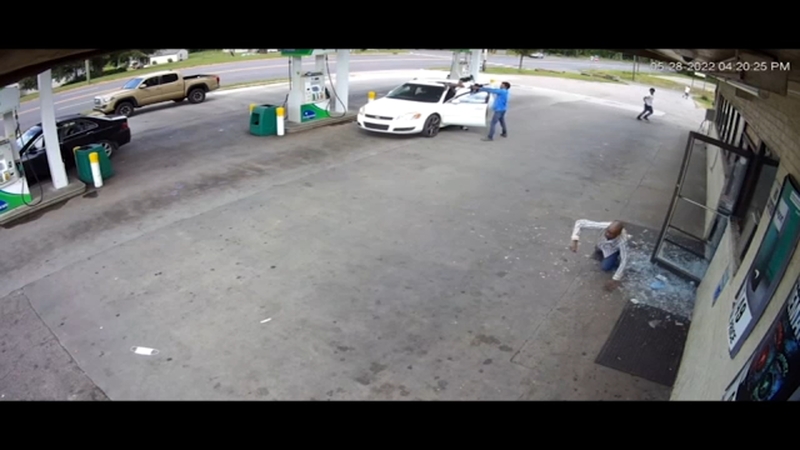 HENDERSON, N.C. (WTVD) -- A shootout at a Vance County gas station in broad daylight was captured on video.

An ABC11 viewer took the video of the incident, which happened Saturday at Gate City BP Service Station right off Interstate 85 on W. Andrews Avenue in Henderson.

Several people were involved and one car drove off while people in a white car ran away and eventually returned.

One of the bullets shattered the glass on the door and a man fell through it.

Ellington said one person involved in the shootout was shot in the foot. The mayor added that the victim has since been released from a hospital.

"This is another unfortunate situation when firearms fall into the wrong hands with irresponsible and careless results," Ellington told ABC11.