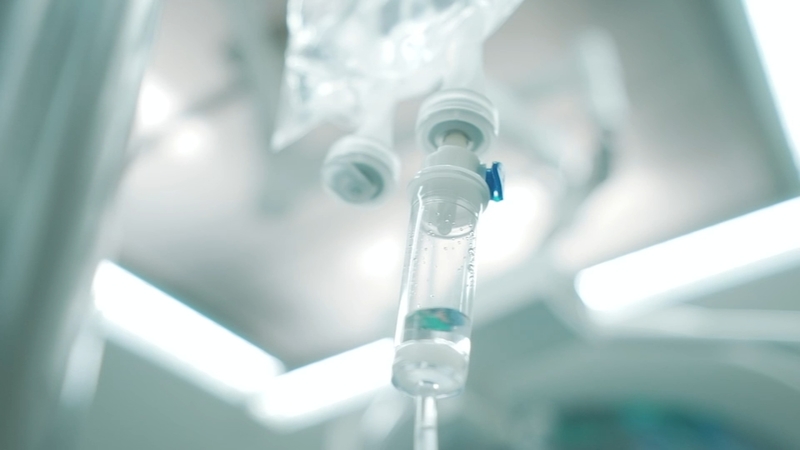 RALEIGH, N.C. (WTVD) -- The North Carolina Department of Health and Human Services confirmed to ABC11 on Monday that two school-aged children tested positive for hepatitis. The agency said it was made aware of the cases last month and both were severe.

In an e-mail to ABC11, NCDHHS communications specialist Bailey Pennington wrote, "No cause has been found and no common exposures were identified. Neither child tested positive for adenovirus. NCDHHS has notified clinicians of the recent CDC health advisory on this issue and is conducting ongoing surveillance for potential cases in coordination with NC Poison Control and with epidemiologists in the state's largest healthcare systems."

The agency did not specify where the children lived. However, ABC11 was able to independently confirm neither child lives in the ABC11 viewing area.

"It may not happen again," said UNC Health pediatric gastroenterologist Dr. Steven Lichtman. "But it's very rare that we'd have two or three acute liver failure patients in the hospital at one time."

Lichtman said both children ended up on a liver transplant list, which caught the attention of pediatricians across the region.

"It is an odd coincidence. I mean, it doesn't make any sense," he said.

The best line of defense, said Lichtman, is washing your hands, which you would normally do to prevent the spread of illness.

Whether or not the illnesses are coincidences or the start of something much larger still remains to be seen.

"I think both answers are right. I mean, we'll know in the near future if this is the beginning stage now," said Lichtman. "So is this going to be it for all of North Carolina or are they going to start showing up more? That would be pretty shocking. And then, like you said, would it be the beginning of something but right now...we don't think so. But nothing. We don't understand it perfectly, to be honest."