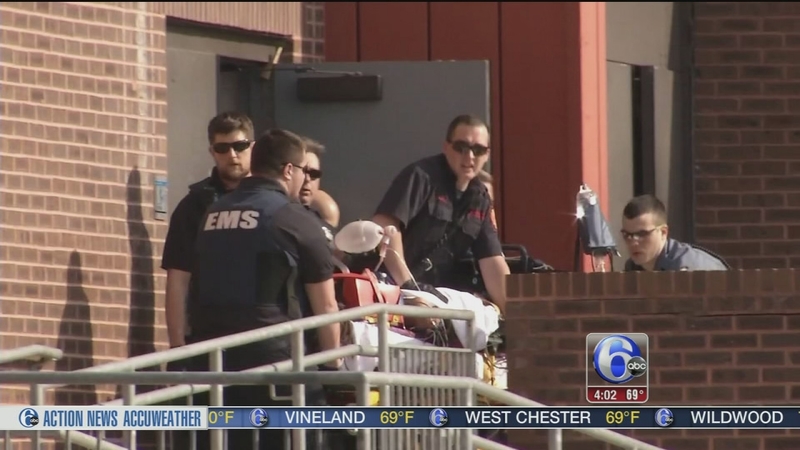 VIDEO: Student dies after being assaulted inside high school

WILMINGTON, Del. -- A 16-year-old student has died after she was assaulted by several other students inside a high school bathroom in Wilmington, Delaware.

It happened at the Howard High School of Technology in the 400 block of East 12th Street on Thursday morning.

The name of the girl, who was a sophomore, has not been released.

No charges have been announced. Two girls and several witnesses are at the Wilmington Police Department being interviewed by detectives.

Mayor Dennis Williams had to take a moment to compose himself while speaking at a news conference, held a short time after learning the student had passed away.

"I'm so upset that the young lady lost her life today. Things like this shouldn't happen. My heart bleeds for the family, the kids that go to this school, administrators, and our city," he said.

WPVI was outside the school as medics performed CPR on the victim, who was taken on a stretcher to a waiting state police helicopter.

She was airlifted to A.I. duPont Hospital for Children, where she was pronounced dead.

Students at the school told Action News reporter Chad Pradelli that the fight was over a boy, and that the girl was fighting with another girl in a bathroom when she was jumped.

One girl said she was in a stall when the fight broke out.

"She was fighting a girl, and then that's when all these other girls started banking her -like jumping her - and she hit her head on the sink," she said.

The Action Cam was outside Howard High School of Technology.

Parents and guardians rushed to the scene as school administrators tried to keep calm outside. At the time, many were unaware of the severity of the situation.

"Saying there was an incident that took place here at Howard and to come get your child," said Dupree Wright.

"They said there was a fight, I don't know. I am just trying to find my grandson," said Denise Dinkins.

Witness tells me the Howard HS sophomore was fighting another girl in bathroom when she got jumped. pic.twitter.com/R2MNkYYjuz

Chopper 6 was over the Howard High School of Technology.

All classes at the school have been canceled for the rest of the day and students have been dismissed.