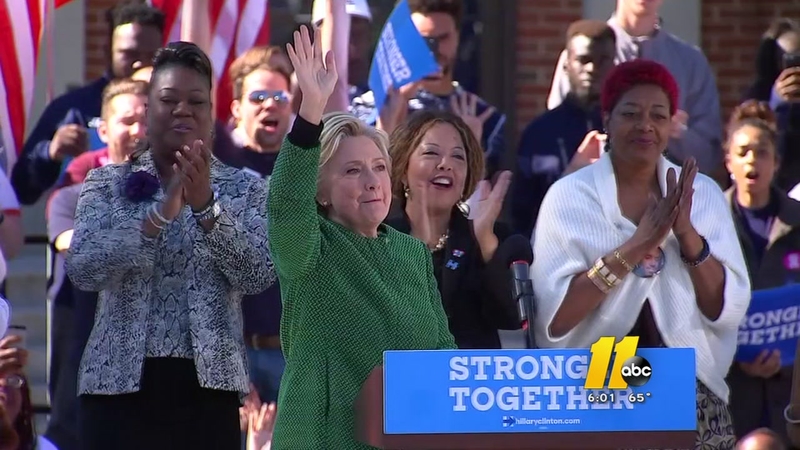 RALEIGH (WTVD) -- Democratic presidential nominee Hillary Clinton was back in North Carolina Sunday, campaigning at St. Augustine's University and at the Chavis Center in Raleigh

She was joined by the 'Mothers of the Movement,' mothers who have lost their children in police-involved incidents and gun violence. The event started on the quad just before 2 p.m.

She told supporters to not take anything for granted, especially North Carolina, a political battleground.

"It is likely more North Carolinians will vote in this election more than ever before. That is something to be very, very proud of," Clinton said.

She also made a stop at the Chavis Community Center in Raleigh and spent about 15 minutes with early voters.

Clinton made a stop at the Chavis Center in Raleigh

There were long lines at the early voting site, with many people waiting up to two hours to vote. Long lines have been common since early voting started in North Carolina.

.@HillaryClinton rolls up to the Chavis Center in Raleigh, NC to greet early voters and actress @UzoAduba #ABC11 #Decision2016 pic.twitter.com/X1xK7ZPJU9