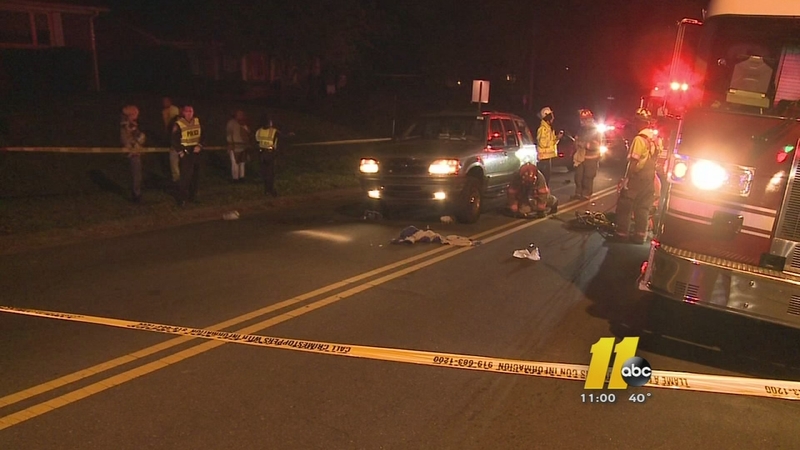 People trying to help a dog hit by car in Durham

DURHAM (WTVD) -- A man and a woman trying to help the man's dog that was hit by a car in Durham Monday night were themselves hit.

After the dog was hit, 47-year-old Jonathan Parker tried to help and flagged down 29-year-old Stephanie Wilson to help him. That's when all three were hit by an SUV.

They've set up a page where people can donate. Click here for more