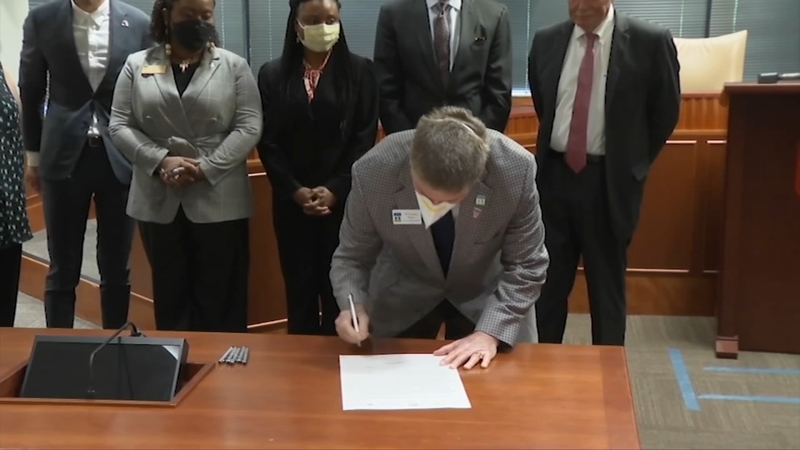 Mayor Sean Mayefskie said he believes the town's actions to recruit diverse residents and businesses speak for themselves.

"The town itself has some of the most inclusive policies there are," he said at Tuesday night's meeting. "The people and the businesses we're recruiting have some of the inclusive and diverse policies and that trickles down to our small businesses and brick and mortars."

The mayor said Wednesday that the town is also going to take up the Wake County non-discrimination ordinance next week.

The ordinance was signed in October but Holly Springs, Fuquay-Varina, Zebulon and Wake Forest are the only towns to have not signed on just yet.

"We're hoping it's not just something that they're trying to do to placate people but that they're going to get real at looking at," former town councilwoman Christine Kelly said.

Kelly, who is now running for House District 37, spoke at the meeting Tuesday along with other people begging for council to pass the resolution.

She and others also feel speakers weren't given enough time at the podium to plead their concerns.

"In the 40 plus years together, my partner and I have never stepped up to this issue," said Donna Friend, who moved to Holly Springs in 2016. "I don't feel safe and at this point, I feel like my safety is in jeopardy.

Councilman Aaron Wolff said he's the only one who supported the proclamation. He also said many others like this have passed in recent months include one recognizing Juneteenth Tuesday.