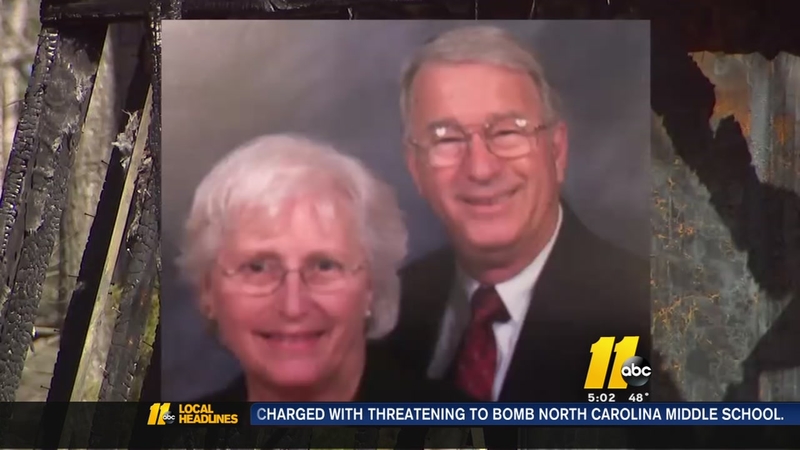 Wallace Brown, a former state trooper and longtime friend said, "There wasn't a nicer couple in the world that I know of. I can't imagine anybody dying that kind of death, especially from somebody who's not worth a dime. It's terrible, terrible."

Investigators said one intruder beat up John. Nancy was then kidnapped and forced to withdraw money from a bank. When she was taken home, the house caught on fire and Nancy died inside.

Kim Jones has delivered their newspaper for years. She came to the home and offered her prayers and condolences at the foot of the driveway.
She has known the couple since childhood.

"Our Sunday school class used to come here for picnics. He used to give us cookouts," said Jones. "It's very tragic, very heartbreaking."

Friends said the reverend had open heart surgery not long ago and has been recovering at home.

He is now at UNC Burn Center in Chapel Hill.

RELATED: Car linked to death of pastor's wife has been located

No arrests have been made and the cause of the fire is still unknown.

Two bundles of flowers have been placed at the couple's home in memory of Nancy Alford.

"I hope they get them whoever it was. Give them what they deserve. John Alford didn't deserve this. He was a preacher and a good person," said Wallace Brown.

Earlier on Tuesday, authorities said that they located the silver, 2011 Mercedes that was linked to the death of a pastor's wife.