Be aware of the hidden dangers of brutally hot days 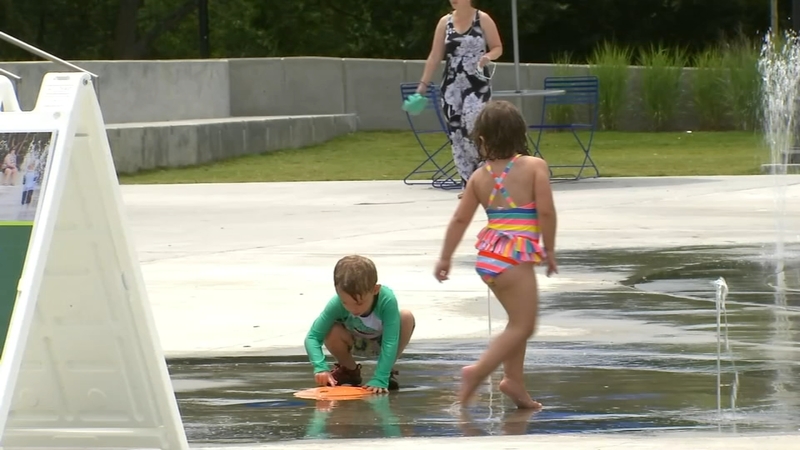 Do you know the hidden dangers of brutally hot days?

RALEIGH, N.C. (WTVD) -- The beginning of this week has been a nearly brutal one with "feels like" temperatures in the triple digits.

Not only are residents, along with kids, being urged to drink water and stay hydrated -- there are also reminders about the hidden dangers not nearly as obvious.

These dangers can include heat exhaustion, dehydration, heat stroke, playground equipment that is too hot, and ground temperatures much warmer than usual, among other things.

"For these kinds of days, it's best to kind of avoid the outdoors during the peak part of the day," said pediatrician Christian Nechyba with Carolina Kids Pediatrics in Raleigh.

Beat the summer heat with these hot weather hacks from AccuWeather.

Nechyba encourages people to avoid the early afternoon until the early evening hours if it's too hot outside.

If children become too hot, Nechyba said warning signs include dizziness, sweating, nausea, and exhaustion. Heat stroke is a more serious issue, but per Nechyba, his office hasn't seen much of that lately.

His rule of thumb is to watch your shadow. If it's shorter than you are, then it's probably too hot to be outside.

"It's time to go get some Icees or something," said Raleigh parent Shanee Robinson. She and her son were enjoying the afternoon at Chavis Park after taking the week off from summer camp.

AccuWeather has the details you need to know about heat stroke, a serious health condition, and heat exhaustion, which can precede it.

"It can get too hot sometimes," said grandmother Lisa Atwa, referring to the temperature of the playground equipment. "Usually it's OK though. But I usually try to check it before my granddaughter decides to slide."

These hidden dangers can lead to serious injury, or in some cases, worse.