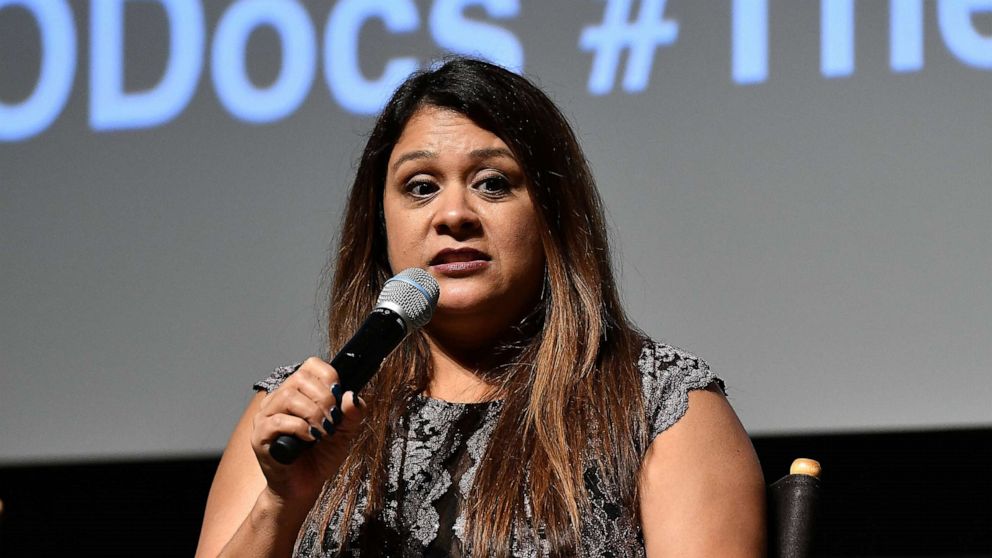 Like 80% of women incarcerated in the U.S., Cynthia Shank was a mother when she went to prison.

Shank was pregnant when she was indicted and like many incarcerated women, she served time for nonviolent offenses -- in her case, she was sentenced to 15-years for federal conspiracy charges related to crimes committed by her deceased ex-boyfriend. Nearly 150,000 women are pregnant when they are admitted into prison.

Shank, along with other prison reform advocates, appeared in front of the House Judiciary subcommittee for a hearing on women in the criminal justice system to discuss ways to make sure women are not overlooked in the conversation on criminal justice reform.

She shared harrowing stories with the subcommittee, detailing what it was like being a mother in prison and what she saw other mothers go through during their imprisonment.

"I had to witness and hear the cries of mothers at night who just had to sign over custody of their children because they could no longer be there for them and they were taken away from them," Shank said.

Piper Kerman, author of the novel turned Netflix series "Orange is the New Black," also shared what her experience was like while imprisoned and why there needs to be a shift in policy to directly impact the growing number of women in prison.

Women are now the fastest growing segment of the incarcerated population and initiatives to slow and even reverse the growth of the prison population have had disproportionately less effect on women, according to the Prison Policy Initiative. The total number of men incarcerated in state prisons fell more than 5% between 2009 and 2015, while the number of women in state prisons fell only a fraction of a percent, 0.29%

"In a number of states, women's prison populations are growing faster than men's, and in others, they are going up while men's are actually declining," said Aleks Kajstura, legal director of the Prison Policy Initiative.

The war on drugs is what many of the panelists and lawmakers pointed to as part of the reason there are such high rates of women incarcerated.

"Much of the growth of women in prisons can be attributed to the war on drugs," said Jesselyn McCurdy, deputy director of the Washington legislative office for the American Civil Liberties Union.

"Addressing this unfair issue is important because the war on drugs appears to be a large driver of the incarceration rates of women, as illustrated by the fact that the proportion of women in prison for a drug offense has increased from 12% in 1986 to 25% in more recent years." Rep. Jerry Nadler, D-N.Y., said.

An estimated 61% of women are incarcerated for nonviolent crimes, according to The Sentencing Project.

McCurdy touched on what many women, including Shank, fall victim to in the criminal justice system -- conspiracy charges as they relate to a significant other, also known as the "Girlfriend problem."

"You don't have to necessarily have dealt drugs, you have to have some role in a conspiracy and that role is very little," McCurdy said. "You can pick up the phone in your house that you live in with your partner and that's enough to implicate you in a conspiracy."

Family trauma was also a major focal point of the hearing, as lawmakers turned to the panel to seek their insight on the best ways to address the trauma of family separation. Shank told the subcommittee members that while she was incarcerated in a federal prison in Florida, she was only able to see her children once a year and that her children would beg her not to hang up the phone when they spoke.

"I'm an adult, I accepted the consequences of my sentencing, but my children were the innocent victims of this," Shank said.

The committee also spent time discussing the relationship between male prison guards and female inmates, with both Shank and Kerman saying that there needs to be more attention on the safety of women who are behind bars with male guards.

"I never felt safe changing," Shank said. "Guards know your schedule, and if they want to single you out they will."

Panelists were also asked to speak on the need of bail reform for women behind bars, as 1 in 4 women who are incarcerated have not been convicted and over 60% of women who could not make bail are parents of minor children, according to the Prison Policy Initiative. Kerman said that there needs to be primary care consideration in the courts that require judges to consider the impact on families in both pre-trial hearings and sentencing.