How inflation and gas prices are affecting the housing market 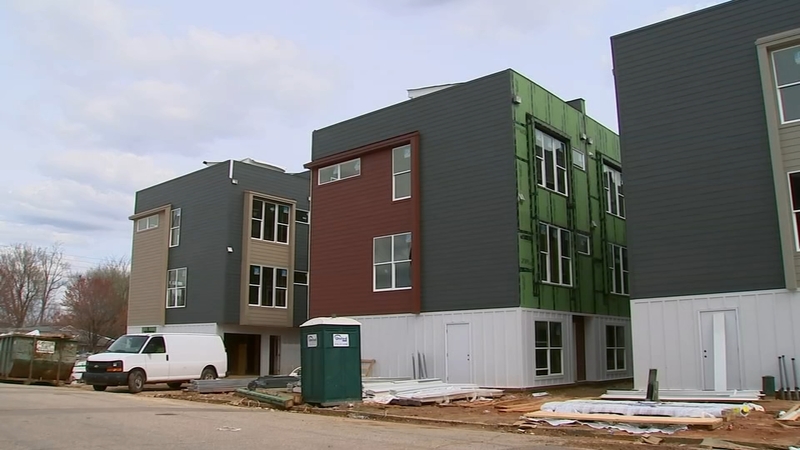 How inflation and gas prices are affecting the housing market

RALEIGH, N.C. (WTVD) -- In the Raleigh and Durham areas, buying a home is already a challenge, but now new economic factors threaten to make the market even more competitive.

"Over the last two years, the virus has really been running the economy," explained NC State economist Mike Walden. "The virus is subsiding now we have another event that we have no control over, the war in Ukraine, that's really driving a large part of the economy right now."

Since the war began, gas prices have increased by around 21% nationwide. This increase paired with the inflation the country was already experiencing means less money for homeowners to buy a home. The global tensions and rising oil prices are expected to affect inflation, along with shortages.

"We saw the inflation rate starting to move up gradually at the end of last year. What the war in Ukraine has done is just put a spike on that," Walden said.

Steven Webb, the North Carolina Homebuilders Association director of legislative affairs, said the cost of many materials has already increased fourfold and the outlook isn't good.

"There's a case spoke with a builder the other day down in Moore County. A house that he was selling just this time last year for $179,000 is now priced at $259,000. So that is being passed on to the home buyer. And with interest rates increasing. We're really at a sticky point right now with the prices of the houses and the increased interest rates," He said.

Webb also said the day-to-day cost of operations including driving to sites and workers' wages are increasing.

The National Association of Homebuilders estimated lumber price hikes have added nearly $19,000 to the average cost of building a new home.

"I do think that home sales will probably not necessarily fall because this area is just growing so much, but I think they're going to not be rising as much as they used to and that may take a little bit of steam out of the big increases in housing prices," Walden predicted.

Remax's national report found the average home sale price hit a record in February across the U.S. to $345,000 after rising 3%.

Webb said he believes demand in the area will keep builders constructing new developments despite the spike in construction costs.

Walden recommended if first-time homebuyers have the ability to get a mortgage now they should buy before interest rates increase.

Beyond prices, the global tensions will likely have a negative impact on the supply chain and shortages, which impacts how fast new housing can hit the market.

"We were told a lot of things were taking a long time to come in. They even originally were including washers and dryers in these units as well. They stopped doing that because it was going to take months to come in some people weren't able to get fridges," Clark said.

Another factor working against buyers is increased interest rates.

"We're going to see higher interest rates this year. Big Question is how high," Walden said. "If you look at a conventional 30-year fixed mortgage rate right now it's around 4.5%. I can easily see another two percentage points 6.5/ 7%."

Walden said if he were a first-time homebuyer who could afford a mortgage, he'd do it now before interest rates rise again.

"Hopefully, we don't hit a breaking point. The increased interest rates are obviously going to take a bite into the market. So we may see a correction in the market. But right now people are going to be stuck with higher prices for houses and also higher interest rates which is not what anybody wants to see," Webb said.

With conditions not likely to tip in the favor of buyers anytime soon, homeowners like Clark are happy they purchased when they did.

"We're definitely grateful to be in and get in while we could," she said. "I think it's going to be worth it in the end for sure."

Without any changes, Walden said high prices and low supply will force many to move further away from cities and their jobs.

Both Webb and Walden pointed to local governments for a potential solution. Walden suggested leaders loosen some building construction regulations to all housing to be built faster and easier.