How safe is Amtrak train travel in North Carolina? 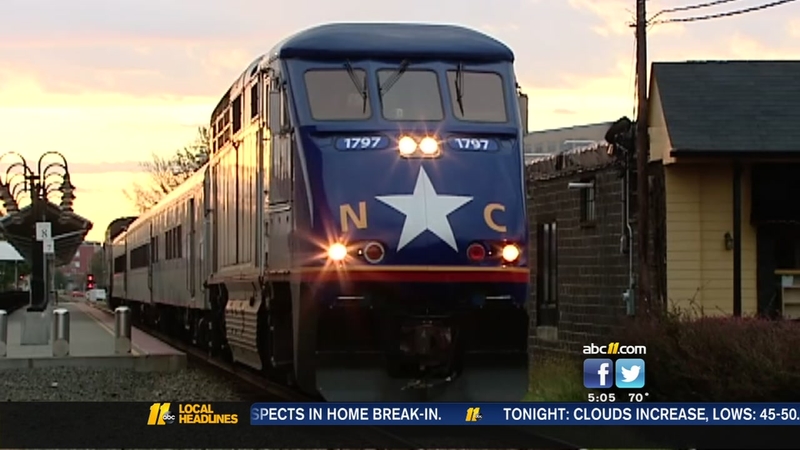 How safe is Amtrak train travel in North Carolina?

RALEIGH, North Carolina (WTVD) -- Investigators are looking to see whether the Amtrak engineer on board the train that crashed Monday morning in Washington was distracted by the presence of an employee-in-training sitting next to him.

The train was going more than twice the posted speed limit when it jumped the tracks.

Investigators have not yet talked to the train crew, and it is not clear whether they were familiar with the speed limits in that zone.

Amtrak trains travel thousands of miles of track in North Carolina every day.

On Tuesday, passengers boarding an Amtrak train in downtown Raleigh were buzzing about the deadly incident that killed three people and injured dozens of others.

"It almost made me change my mind not to go to my daughter in Charlotte," Phyllis Dunn said.

Dunn and her sister still made the trip along with passenger Stephanie Alder.

"It's better than driving on the highway when you consider all the trucks and the cars that go sometimes 75 or 80 miles an hour. Amtrak is much safer. It's the safest way to go," Alder said.

The NC DOT touts North Carolina's rail system as one of the safest in the country thanks in part to new federally-mandated technology being installed on state-owned passenger trains called Positive Train Control.

PTC slows a train if it senses that it is going too fast or might get into an accident.

The technology was installed on the track in Washington where the Amtrak train was going 80 mph in a 30 mph section of track but was not yet operational.

"It is dependent on the freight railroads to have the wayside signal systems that talk to those Positive Train Control black boxes on the locomotive in place," said Allan Paul, Acting Director of the NC DOT Rail Division.

Paul expects PTC to be installed on train cars by next September.

The federal deadline was extended until December 2018.

Paul said the DOT is also taking other steps to keep rail passengers and commuters safe.

"We have just installed an entirely new signal system between Raleigh and Charlotte. It's state-of-the-art technology. It also has the capability to grow with the Positive Train Control system," he said.