Kathleen Buhle detailed their financial struggles and his battle with substance addiction.
ABCNews
By Kate Hodgson via GMA 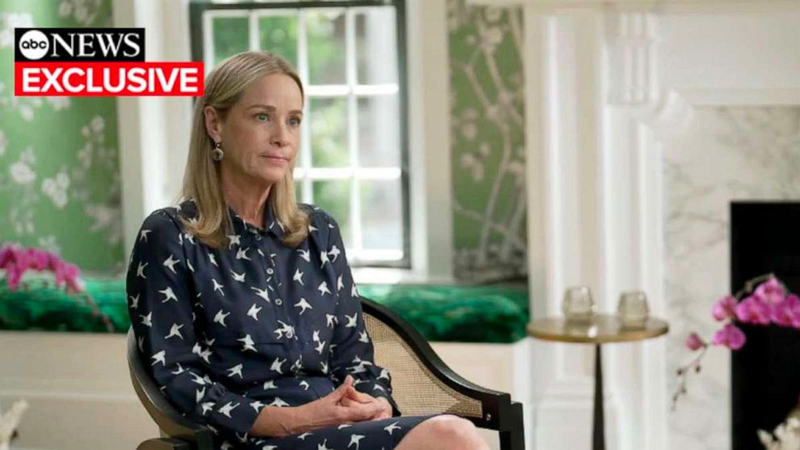 The ex-wife of Hunter Biden is speaking out for the first time in a television interview about their 24-year marriage, including their financial struggles and his battle with substance addiction.

Buhle, 53, opens up for the first time about the ups and downs of their marriage in her new memoir, "If We Break: A Memoir of Marriage, Addiction and Healing," which she spoke about exclusively with ABC News' Amy Robach.

"The process of writing the book was incredibly cathartic," Buhle told Robach in an interview that aired Tuesday on "Good Morning America." "In the course of writing this book, I came to own some of the decisions and choices I made, which was hard."

One of those decisions, according to Buhle, was to let Hunter Biden take complete control of the couple's finances and not question how they were paying for the lifestyle they led.

"It's embarrassing to say that I ceded all financial control to my husband, and kept my head buried in the sand," she said. "I liked the nice things, and I didn't want to think about the cost at which they were coming." 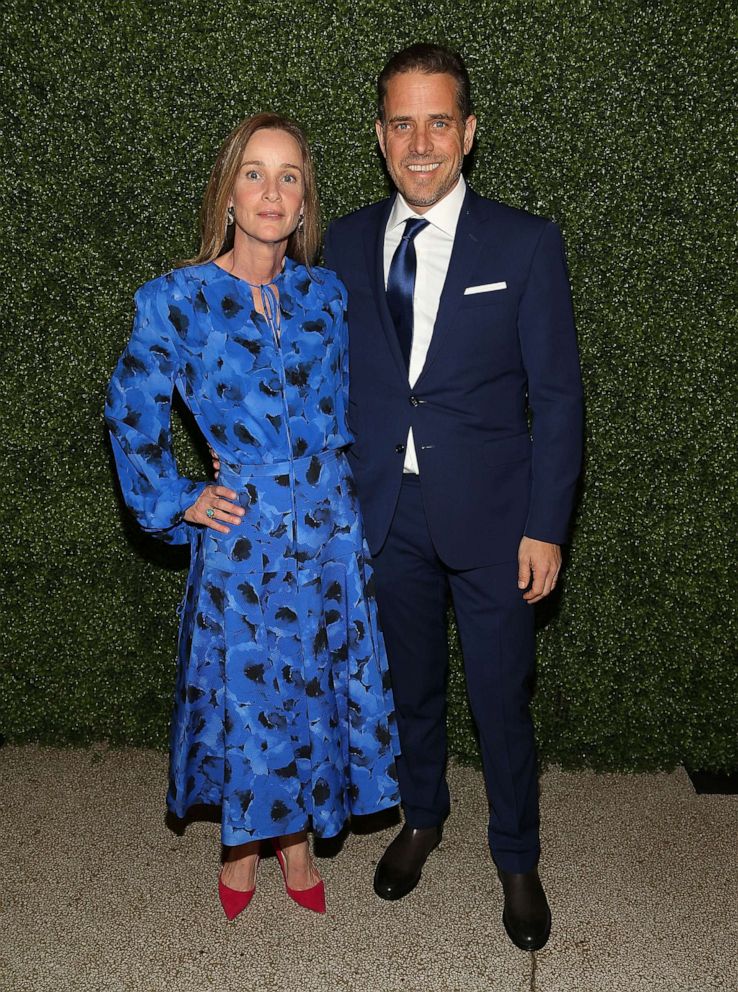 In 2003, 10 years into their marriage, Buhle said Hunter Biden told her they owed money in taxes, which she says they eventually paid off.

At the time, Hunter Biden had returned from rehabilitation for substance abuse and was newly committed to his sobriety, according to Buhle.

In the final weeks of the campaign, the contents of a laptop Hunter Biden allegedly discarded at a Delaware computer repair shop were dumped online and weaponized by Trump and his supporters. ABC News was not able to verify the contents of the laptop, which included emails, text messages and photos purportedly belonging to Hunter Biden.

When asked by Robach whether photos showing Hunter Biden looking disheveled represent the husband she knew, Buhle replied, "No, not at all."

"But drugs are awful," she said. "He was struggling under a massive drug addiction, and that's heartbreaking and painful and that wasn't who I was married to."

Hunter Biden, who wrote about his addiction struggle in his own memoir, "Beautiful Things," revealed in December 2020, shortly after his dad was elected president, that federal investigators had been probing his "tax affairs" and business dealings. 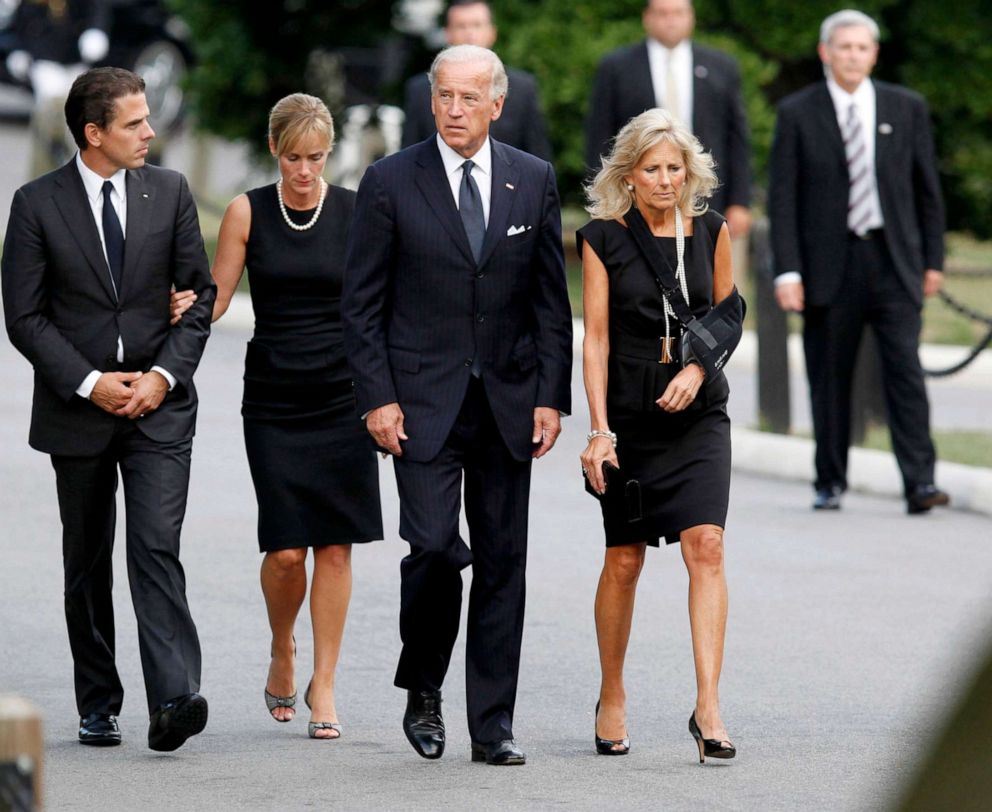 In March, sources told ABC News that witnesses called before a grand jury in Delaware had been asked about payments Hunter Biden received while serving on the board of directors of Ukrainian natural gas company Burisma, in addition to other questions about how he paid off tax obligations in recent years.

When asked whether she saw Hunter Biden curry favor or seek profit based on the identity of his father -- who served as U.S. senator and vice president before becoming president -- Buhle said she saw in her ex-husband someone who "loved his father."

"I saw someone who loved his father, respected his parents, and was, you know, he was proud to be their son," she said.

Discovering her then-husband's affair with her sister-in-law

While still married to Hunter Biden, Buhle said she learned from the family's therapist that he was in a relationship with Hallie Biden, the widow of his brother, Beau, who died of brain cancer in 2015.

According to Buhle, in 2016, one of her three daughters with Hunter Biden saw text messages on her dad's phone between him and Hallie and called the therapist to help tell Buhle.

"I just didn't recognize him," she said of her husband at the time. "And it's the addiction."

When asked whether her in-laws, President Joe Biden and first lady Dr. Jill Biden, spoke to her about what happened, Buhle said only that she was "grateful" for the couple's love for her daughters.

"The one thing I've never, ever questioned was Joe and Jill's love and attention to my three daughters," Buhle said. "Divorce was hard on all of us because we were very close, but we come together out of a shared love for my daughters, and for that, I will be eternally grateful."

The White House did not respond to ABC News' request for comment.

After her divorce from Hunter Biden in 2017, Buhle dropped her married name of Biden, a move she said was "frightening."

"I think the Biden name was so much a part of my identity," Buhle said. "I mean, the idea that I was a 49-year-old, college-educated woman with a community of support, relatively smart, I really felt like I couldn't make it on my own. That's crazy."

"So it was frightening," she said. "But I did it, and it felt empowering." 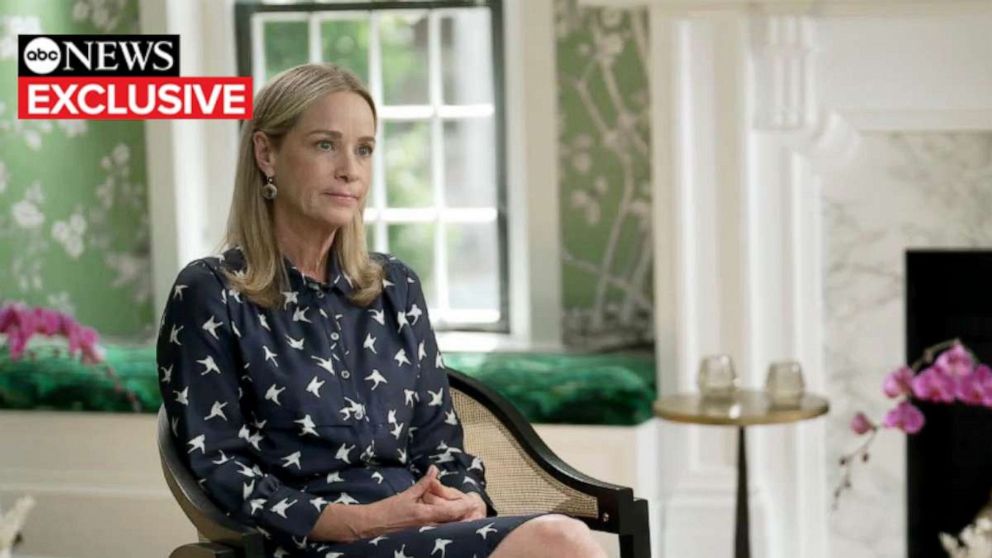 Hunter Biden, who now lives in California, in 2019 married a woman, Melissa Biden, with whom he shares a 2-year-old son, Beau Biden Jr.

Hunter Biden did not respond to ABC News' request for comment.

With the release of her new memoir, on sale now, Buhle said she wants her story and her name to be known.

"Obviously, the Bidens are in it. They were in my life in such a significant way," she said. "But I really tried to keep it to what was my relationship to Hunter's addiction, where was I in my marriage, and the choices I made to make sure that this is my story, the story of Kathleen Buhle."

Buhle's story also includes a battle with stage 3 colon cancer, which she was diagnosed with in 2017, just months after her divorce.

"Nobody in my family had colon cancer. I am a runner, relatively healthy," she said of the surprising diagnosis, which she said gave her perspective in her life. "So when [the doctor] said that I had cancer, within minutes I thought, 'I can't believe I was that upset about divorce.'"

Now free of cancer, Buhle lives in Washington, D.C., and is the CEO of The House at 1229, a nonprofit social club for women that will open in September. 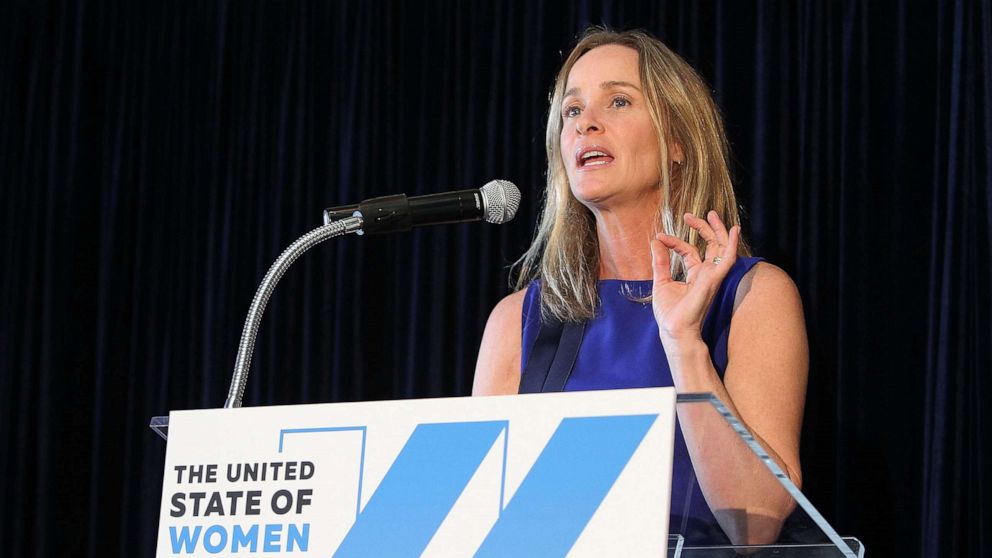 She described the social club, which will be primarily for women over 50 from all different backgrounds, as a tribute to the women who supported her during what she called "the hardest part" of her life.

"We created The House at 1229 with the belief that when women come together, the opportunity for growth is elevated," Buhle said. "My community of girlfriends during the hardest part of my life were there for me. They picked me up. More importantly, they pushed me forward, and that community is something that I treasure."