Police: Alcohol and speed factors in fatal crash in Raleigh 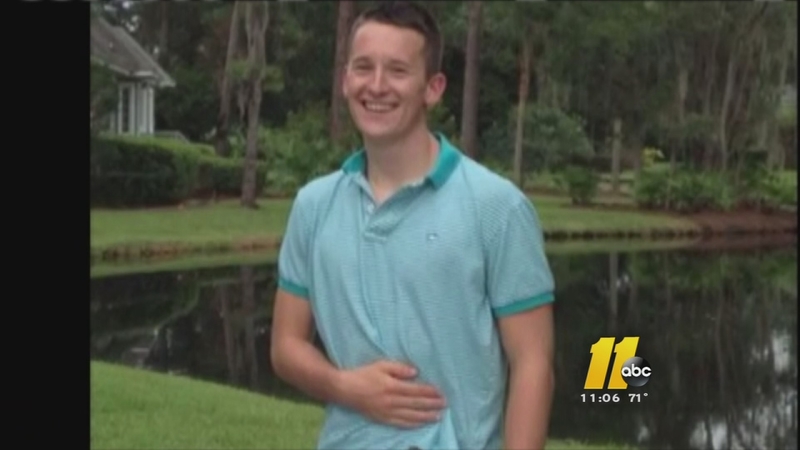 Police: Alcohol and speed factors in fatal crash in Raleigh

RALEIGH (WTVD) -- Raleigh police say speed and alcohol played a role in a Saturday car crash that killed a Raleigh teen, and now they're piecing together the minutes and hours leading up to the accident.

How much alcohol and how much speed were involved is not known right now.

The speed limit on Hunting Ridge Road is 30 miles an hour.

In the middle of the neighborhood along Hunting Ridge Road sits evidence of a life lost too soon: bark ripped clean off of a tree, and caution tape surrounding broken concrete. Flowers sit on top, placed there by Taylor's childhood friends who used to visit this area to see him.

"He always kept everyone around him happy, he was fun to be around," Taylor's longtime friend, Robert Vaughn.

"I'm just so heartbroken for his family and the class that just graduated with him," said another friend, Parker Burrus.

Vaughn said he graduated right alongside Taylor, and Taylor was looking forward to the fall.

"I know he was going to South Carolina, he was real smart," Vaughn said.

But Taylor will never see that South Carolina campus. Raleigh police say just after 10:30 Saturday night he was driving on Hunting Ridge when he went off the road, hit a storm drain, then crashed into a tree and died.

Those who drove by describe the scene as alarming.

"There was no doubt in my mind that somebody died last night," said Nicole Chappel, who drove nearby hours after the crash.

While Taylor was alone in this crash, he now leaves behind family and friends who will forever be changed by what happened alongside Hunting Ridge Road one Saturday night.