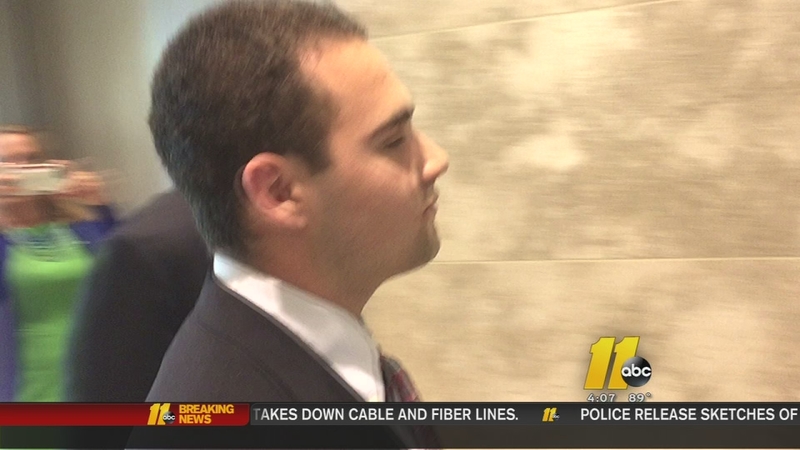 RALEIGH (WTVD) -- On Monday, Thomas Matthews pleaded guilty to the underage purchase of alcohol in connection with a 2014 fatal crash in Raleigh.

Last week, a judge refused to throw out the charges against his parents, who are accused of aiding and abetting underage drinking at the gathering.

An attorney for the couple tried to have the charge thrown out because they said the Wake County District Attorney's Office could have prosecuted others, like the catering company at the reception who provided alcohol to the teen, but did not.

The DA's office did prosecute a clerk at a Cameron Village ABC store that allegedly sold Thomas Matthews a fifth of liquor shortly before the wedding.

On Monday, the teen admitted to the purchase in court.

Surveillance video captured Matthews walking around the ABC store and then going to the register and purchasing the Jack Daniels without being carded.

Prosecutors said Matthews, along with a group of teens, then passed the bottle around until it was consumed. They then allegedly drank wine the rest of the night before one of the teen's parents had to be called, and another teen passed out.

The judge has deferred Matthews' sentencing until the conclusion of his parents' trial. He could face a maximum of 120 days in jail.

The Matthews' trial is slated to begin Tuesday.

Taylor's parents, Greg and Carrie Taylor, recently filed a lawsuit under a law that makes businesses that serve and sell alcohol liable for injuries caused when someone underage is served or an adult is over-served.

The statute of limitations for individuals or trusts allows another year. ABC11 dug up court documents showing that the Matthews' have now been added to the civil suit. It now also names The Royal Tenenbaum, a real estate trust set up as owner of the Matthews' home in Raleigh's Hayes Barton neighborhood. The tax value on the home is listed at more than $2,300,000.