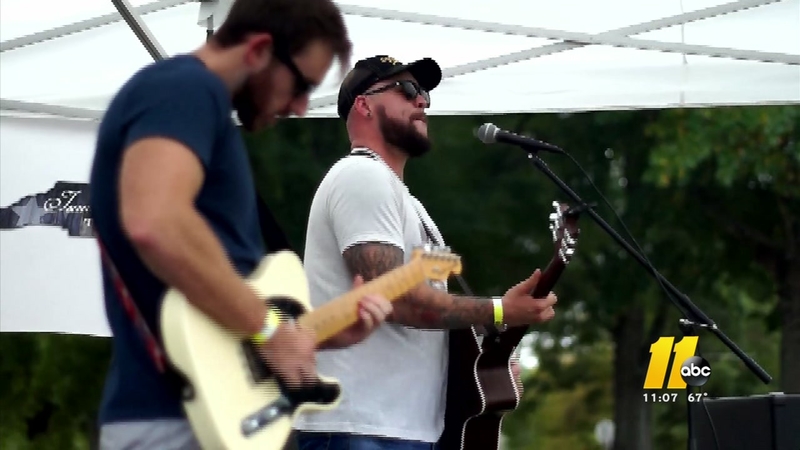 Benefit concert at Dix Park to help with hurricane relief

RALEIGH, N.C. (WTVD) -- On that same September Saturday when we watched Hurricane Florence make landfall and the epic floodwaters started to rise south and east of the Triangle, Zach Medford was here in Raleigh tending to his small empire of bars and restaurants. He immediately found himself suddenly leading something called the Carolina Cavalry -- a grassroots, all-volunteer hurricane relief group.

Eighteen days after Florence devastated North Carolina, there are more than 3,300 volunteers.

"When you're part of the Raleigh community, you've got to be part of the community. And when something as devastating as Hurricane Florence happens, you stop everything, come together and say how I can help," Medford said.

“When something as devastating as Hurricane Florence happens, you stop everything, come together and say how can I help?” —
A massive grassroots effort to help storm victims aims for a big boost this weekend in Raleigh with a benefit concert and BBQ cook off. #abc11 pic.twitter.com/yEHrdCq9CX

On Saturday, it's the public's chance to help. The second annual Sir Walter Smoke Off, a charity event in Dorothea Dix Park, is being turned into a fundraiser for the Cavalry's Florence relief work. The group has set a quarter-million dollar goal.

All that food, music and the money raised from it goes to Carolina Cavalry which Medford said has already sent 20 trucks filled with essential supplies for storm victims to clean up and rebuild.

Many of the storm victims found help through the Cavalry by reaching out directly on the group's Facebook page.

"We're taking the middlemen out of it," Medford explained. "So whether it's me as part of the Carolina Cavalry, maybe it's another volunteer, maybe it's somebody in the mountains, or in Charlotte -- people are reaching out and saying I can do that."

The Carolina on My Mind benefit concert and Sir Walter Smoke Off is this Saturday at Dix Park in Raleigh. It starts at noon and runs to 6 pm.