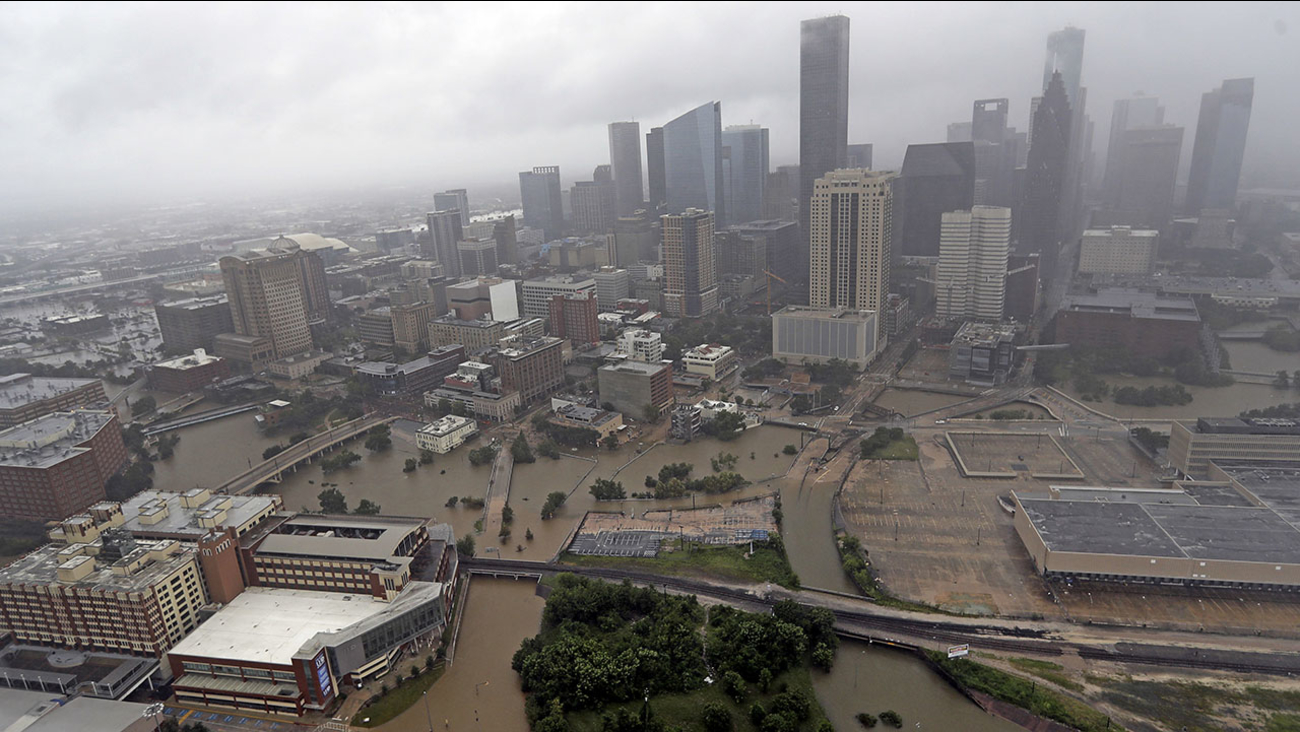 Highways around downtown Houston are empty as floodwaters from Tropical Storm Harvey overflow from the bayous. (David J. Phillip)

It began with a tweet from University of Houston head basketball coach Kelvin Sampson.

Besieged by good wishes from coaching friends in the wake of Hurricane Harvey, Sampson, a Laurinburg native, wanted to turn positive thoughts into positive action.

What has followed is an incredible outpouring from the college sports community.

At last check, more than 350 schools and programs have committed to sending clothing, shoes and supplies to Houston.

And that's not all - many more have promised gift cards and pre-paid phone cards. Sampson's goal is to get 1,000 commitments, which would add up to roughly 20,000 pairs of shoes and 10,000 T-shirts for those in need in Houston.

I talked to Kelvin Sampson today, in addition to clothing, coaches have offered to send gift cards and prepaid phone cards to flood victims. pic.twitter.com/mAEkG806Xf

Unsurprisingly, our local teams were eager to chip in. Kevin Keatts, long a friend of Sampson's - tweeted this photo of the NC State shipment: 34 pairs of shoes and two full boxes of shirts.

Thoughts & prayers to Houston and the surrounding communities. Sending this your way @CoachSampsonUH pic.twitter.com/I9S5K24zoK

North Carolina sent 22 pairs of shoes and 30 shirts. Former Heels star Justin Jackson hails from the greater Houston area and has also been active in his new home of Sacramento raising money for the relief effort.

Sending 📦📦📦 in the morning. Thanks for coordinating this, @CoachSampsonUH #HoustonStrong https://t.co/7kXSLkFBEL