NC mostly spared, others pick up pieces after Irma 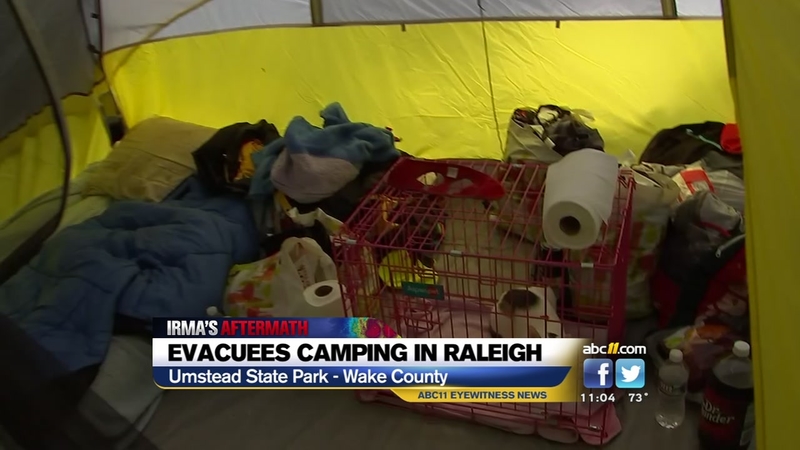 As Irma, which was downgraded to a post-tropical cyclone Tuesday morning, continued to move northwestward into the Tennessee Valley, a band of rain associated with Irma pushed northward through the Triangle on Tuesday.

Look at Wrightsville Beach at 7am during low tide. Concern is 6-8 foot waves and dangerous rip currents. #NCwx #nccoast pic.twitter.com/Qk1vZUsJIg

Meanwhile, thousands of people across the state were without electricity.

Wrightsville Beach had rough surf and rip tides from Irma.

Duke Energy reported about 68,000 customers without service early Tuesday. By 11:30 p.m., the number had been reduced to 61,817. Most of the outages are in the western part of the state.

No storm deaths or serious injuries were reported in North Carolina.

Charleston, SC, is one of the places that suffered from Irma's wrath.

"Once this band of rain moves to the north, drier air will wrap around the southern side of what's left of Irma and into the Carolinas for Wednesday." he said. "The sun will make an appearance, but with the upper-level trough overhead, there will be some clouds around at times."

Winds diminished on Tuesday with gusts of 20-25 mph.

Most of the watches and warnings for our area were canceled overnight, but some school systems still played it safe.

Schools in Hoke and Robeson counties were delayed two hours Tuesday morning because of the lingering weather.

A UNC alum fled the US Virgin Islands as Irma loomed and talked to ABC11 about the experience.

School officials made the decision due to the possibility of heavy winds and rain.

The Blue Ridge Parkway remained closed because of high winds, and Chimney Rock and Mt. Mitchell state parks are closed until further notice.