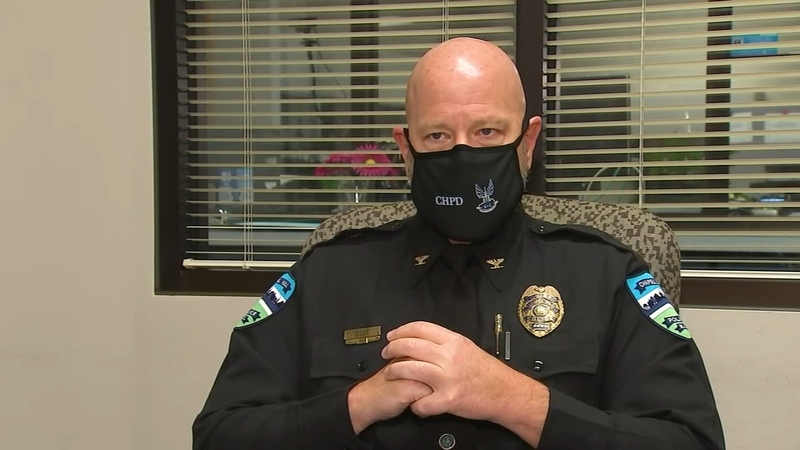 Crimes against immigrants on the rise, police chief says

CHAPEL HILL, N.C. (WTVD) -- The immigration debate has been front and center in American politics for years now. It became especially heated during the Trump administration.

But no matter where you stand on the issue, the debate has left a local police official with what he says are a couple of problems: hate crimes and unreported victimization.

"Just like everybody else I see conversations around immigration and border security," Chapel Hill Police Chief Chris Blue told ABC 11.

With every turn of that debate, Blue is forced to deal with the fallout. One major fallout of late according to him: an uptick of crime targeting undocumented immigrants.

"Larger conversations about policy shouldn't affect how people are protected in their communities."

Unlike those willing to protest over issues like Deferred Action for Childhood Arrivals (or DACA), which allows immigrants brought to the country illegally as children to get a renewable two-year period of deferred action from deportation, most of those who don't have papers don't want to be in the public eye.

Blue said criminals know that and often target those immigrants knowing they likely won't call police because they fear deportation.

To Blue, that means a group of crime victims that are not being properly protected under his watch.

"We're here to serve everybody regardless of someone's national origin or in fact even their immigration status."

Blue said he will leave immigration enforcement to the feds. He just wants all crimes to be reported, because when they aren't, it affects everyone in Chapel Hill. When those crimes aren't reported, it means the criminals perpetrating them remain on the streets.

Speaking directly to those undocumented immigrants Blue said, "When you call and report to us, not only may that lead to us finding the person or persons responsible for victimizing you, those same persons may have victimized someone else or may be planning to. So your calls are important in everyone's community safety."

The anger toward foreigners has also spurred hate crimes, according to Blue who noted that even legal immigrants including many refugees have been targeted.

Although most refugees are here legally, they too are sometimes reluctant to report.

Blue said he has also heard the talk that many immigrants are criminals fleeing prosecution in other countries.

He thinks that's hyperbole that is not supported by local crime stats.

"Members of our refugee and our immigrant communities do not commit any disproportionate amount of crime here," he said.

Once again, he said, it's all about equal enforcement.