Incident in Durham was 'swatting' call 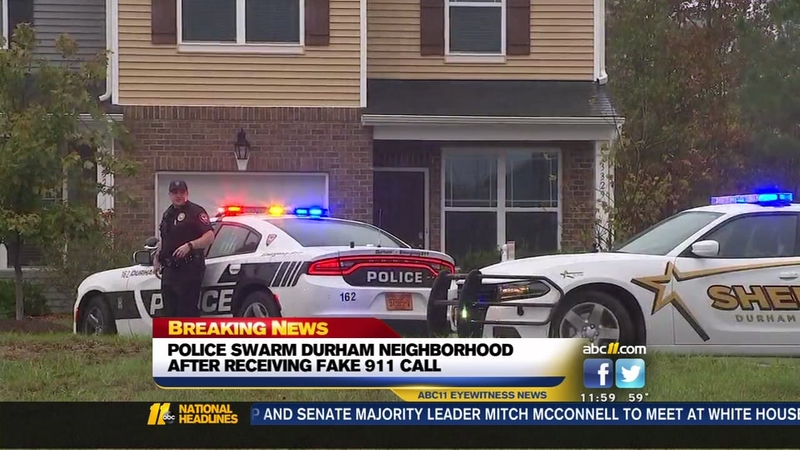 Incident in Durham was 'swatting' call

The 911 call sent law enforcement rushing to the 13-hundred block of Durham's Whispering Oak Lane not far from Falls Lake.

Sheriff's deputies, Durham police, and paramedics were on the scene.

Police later called the incident a "swatting" call where someone calls 911 to try to get a SWAT team to respond.

They were trying to trace the caller.

The caller begins by saying that he was not in a "mental health state right now," adding that he shot and killed someone and had his whole family hostage.

Then he proceeds to tell the operator that he wants $50,000 dollars or else he'll blow up his whole family up. When the operator tells him to talk to her, he said, "I don't know what I should do. I'm really so high right now."