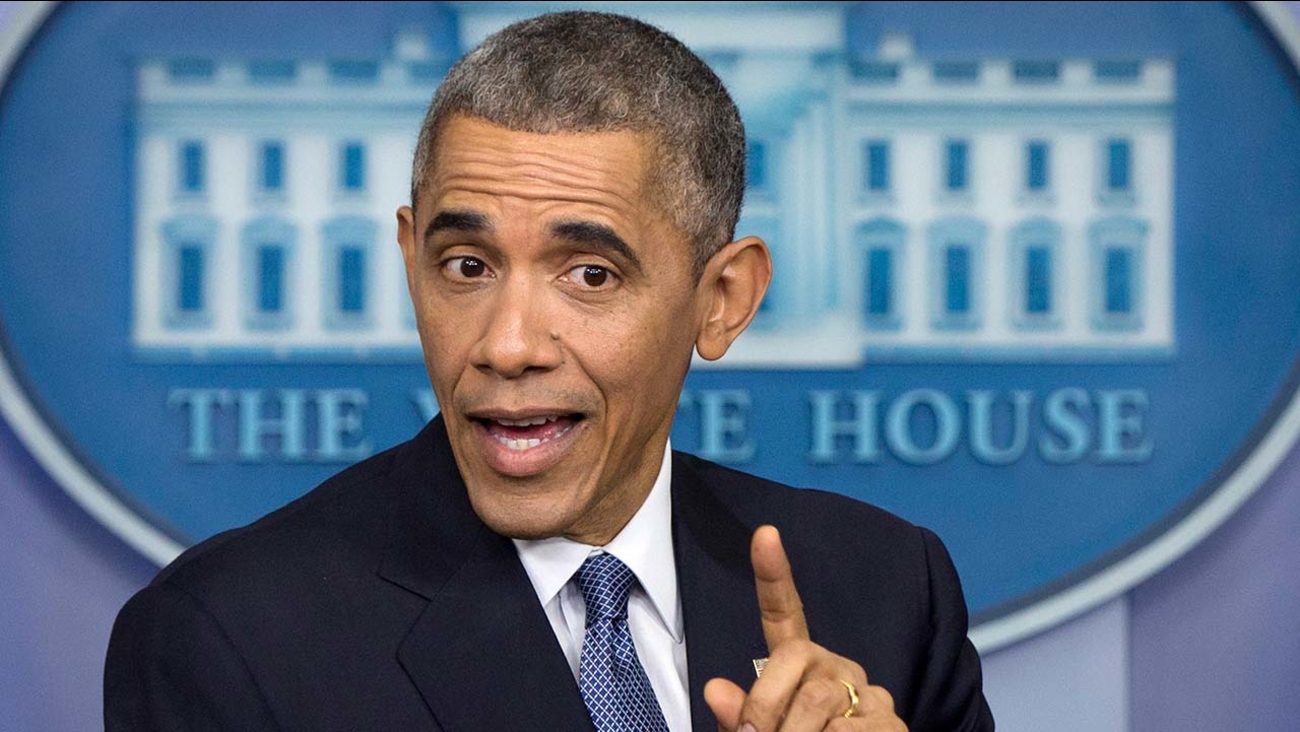 President Barack Obama gestures during a news conference in the Brady Press Briefing Room of the White House in Washington, Friday, Dec. 19, 2014.

President Barack Obama discussed the Sony hack and the debate surrounding the movie "The Interview" during his end-of-year interview Friday afternoon, but mistakenly referred to one of the movie's stars as "James Flacco" rather than James Franco.

While Obama had been discussing the fact that he felt it was a "mistake" on Sony's part not to release "The Interview" following the hack, social media quickly honed in on the flub. A @JamesFlacco Twitter account sprung up within minutes, featuring a profile image mashing together the faces of actor James Franco and Baltimore Ravens quarterback Joe Flacco.

Thanks for the name drop, Mr. President. It's an honor.

"Thanks for the name drop, Mr. President. It's an honor," the first tweet from the account read.

Flacco was also quick to the joke, tweeting from his official Twitter account, ".@barackobama It's James Franco, not James Flacco ;)."

Flacco followed up by welcoming Franco to the family.

Welcome to the family, brother. @JamesFrancoTV

Flacco's team even chimed in, thanking the president for being a fan.

It's nice to know we're on your mind, @BarackObama. pic.twitter.com/zdVDJi1wQJ

#JamesFlacco quickly became a trending hashtag on Twitter, with users poking fun at all parties involved.

127 Hours is a James Franco movie, but it is also how long it takes Joe Flacco to lead a touchdown drive. #JamesFlacco

All future #Ravens games are now cancelled thanks to North Korea. #JamesFlacco

Sasha and Malia are going to make dad drop them off down the block from school tomorrow. #jamesflacco