Brother of courageous Fresno mom: 'She made sure those babies would live' 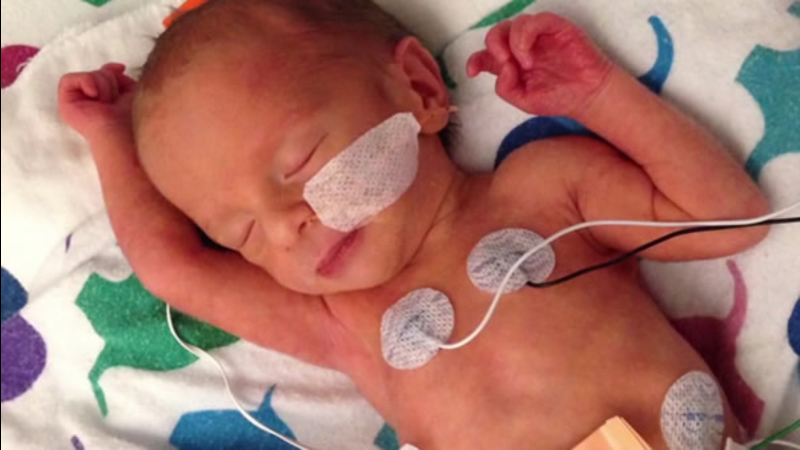 Brother of courageous Fresno mom: 'She made sure those babies would live'

FRESNO, Calif. -- A Fresno mother fighting cancer delivered twins at Stanford Hospital, a day later she passed away. Those twins are now a week old and the brave mother's family is devastated, but they're trying to stay strong and hold it together for them.

Nico and Camilla are little miracles -- each of them weighing roughly three pounds when they were born at Lucille Packard Children's Hospital. Their mother Jamie Snider held them briefly.

"She got to lay with them, hug them, she passed away the next morning," said Snider's brother Chris.

Chris is still numb. He was with her in the delivery room and thought she would pull through. The 30-year-old mother was diagnosed with cervical cancer last year and was able to beat it. When Snider found out she was pregnant, she learned the cancer had returned.

"They couldn't give her too much chemo because it would affect the development of the babies," said Snider. "She made sure, she made sure those babies would live. She traded her life."

Snider posted a picture of herself right before the delivery saying, "Tomorrow will be a great day. God has been on my side the whole time All the prayers and love have kept me going as well. Wish me luck. I'm having a C-section keeping me positive through all the hard times.

"What gives me peace in my heart is she got to see those babies and hold them, and be with them a little bit," said Snider's friend Larina Campanile.

Twins Camilla and Nick are out of the neonatal intensive care unit but are still at the hospital. They're healthy and surrounded by family.

Snider leaves behind two other daughters. Just after she was cremated, her daughters spotted a cloud in the sky. "Maybe she's in the clouds," one said.

To them, the cloud resembled a face they knew, their mother smiling, watching over them.

This is an undated image of a cloud that appeared after Jamie Snider was cremated.

If you'd like to help Snider's family, her children, or with her memorial service, you can go to the GoFundMe pages below: