Former SNL comedian Jay Pharoah says he was racially profiled by police, detained with knee on his neck 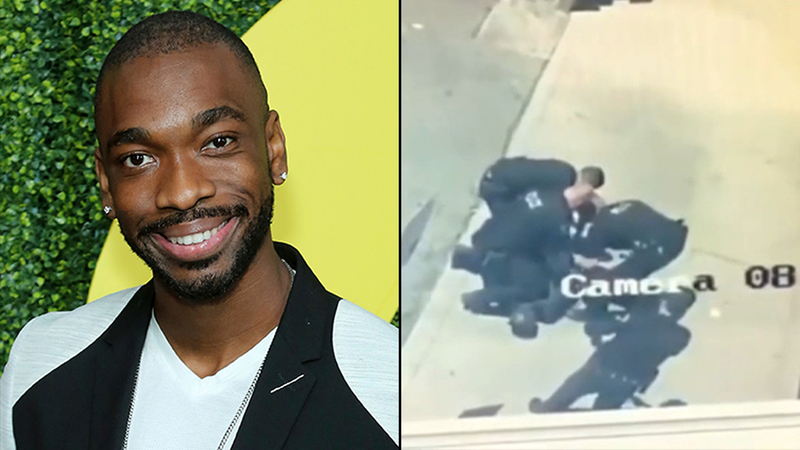 Jay Pharoah speaks out on being profiled by LAPD

LOS ANGELES -- Comedian Jay Pharoah said he was racially profiled by LAPD officers and that one pressed a knee onto his neck.

The former Saturday Night Live cast member, who is black, said he was recently jogging in Los Angeles' Tarzana neighborhood when he was confronted by four police officers.

"I see an officer to the left of me. I'm not thinking anything of it because I'm a law-abiding citizen ... I see them coming with guns blazing. I see them say, 'Get on the ground. Put your hands up like you're an airplane,' Pharoah said in a video posted to Instagram Friday.

Pharoah said he then lays on the ground and is handcuffed.

"The officer took his knee, put it on my neck. It wasn't as long as George Floyd, but I know how that feels. I said, 'Why are you doing this? Like, what's wrong?' They said, 'You fit the description of a black man in this area with gray sweatpants on and a gray shirt,' he said.

He told the officers to Google his name, and after a minute, they let him go.

The LAPD confirmed that they detained Pharoah.

"The person in the Instagram post was detained as a possible suspect of a crime. It was determined to be the wrong suspect and he was let go. The incident is being investigated," a spokesperson told our sister station KABC-TV Friday night.

This comes amid waves of protests and calls for police reform after the deaths of George Floyd, Ahmaud Arbery and Breonna Taylor.

Pharoah wants people to learn from these stories and bring an end to systemic racism.