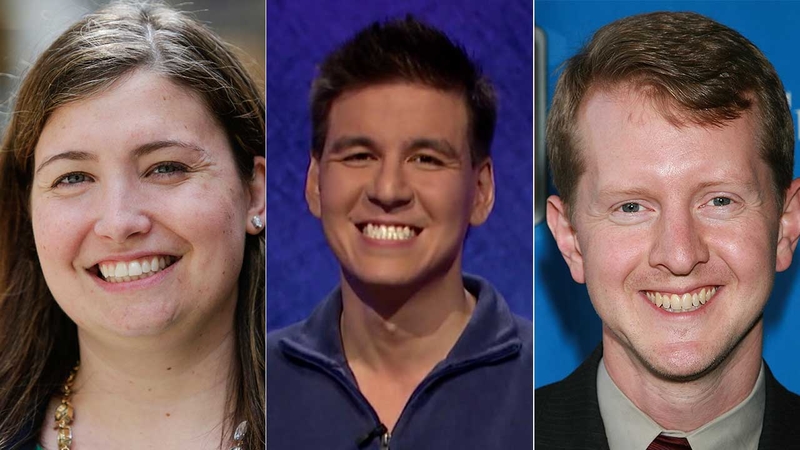 "Jeopardy!" host Alex Trebek said weeks ago that James Holzhauer had challenged his belief that Ken Jennings could never be beaten.

But what exactly does it mean to beat a past contestant on the show, and how close is "'Jeopardy!' James" to becoming the greatest of the great? The Jeopardy Hall of Fame has four categories: consecutive wins, regular season winnings, single-game winnings and all-time winnings. After passing Julia Collins' consecutive wins, Holzhauer has just two contestants ahead of him in any of the categories.

As Holzhauer approaches Jennings' record of most regular season winnings, let's take a look the stats and where he and other all-time best contestants stand.

Holzhauer is the undisputed faster earner on the show, dominating this category. "'Jeopardy!' James" claims all top 10 spots.

Can Holzhauer surpass him? Holzhauer has won 31 games and more than $2.38 million. He would need to stretch his weeks-long streak into a months-long streak before he has the longest run ever on the show, but he's been quickly gaining in cash. If he keeps winning, he is expected to pass Jennings early next week.

Can Holzhauer surpass it? Holzhauer has a long way to go to become the person with the greatest all-time winnings, though he is in a solid third place behind Jennings and Rutter. Since Rutter got most of his money winning multiple tournaments, it may be a while before Holzhauer even gets a chance to overtake him.

When did he pass it? Holzhauer nabbed second place on the consecutive wins list, held for five years by Collins, on May 2. After he beat Collins, the show declared on social media that Holzhauer is officially #ChasingKen.

The legends have spoken: James Holzhauer is a force to be reckoned with. pic.twitter.com/JVECbbBZfq

Check out more fun stats about James Holzhauer and other "Jeopardy!" contestants.

Alex Trebek shares news that some tumors are shrinking, says progress has put his doctors 'beside themselves with joy'

'Jeopardy!' champ James Holzhauer's brother says his streak is decades in the making