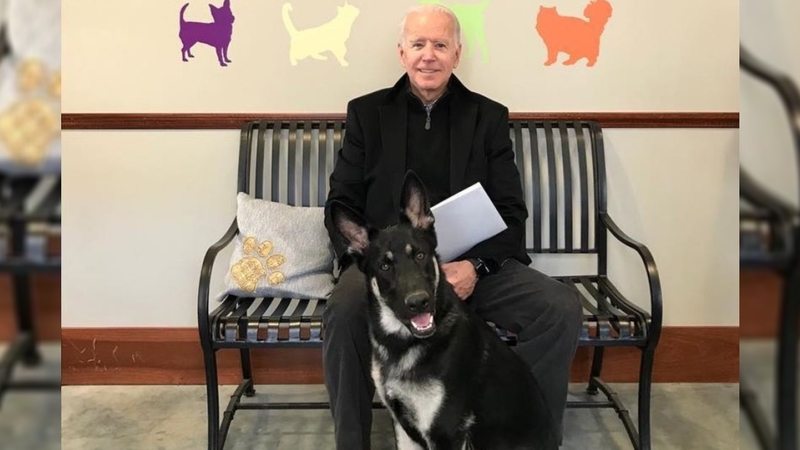 Dogs returning to White House with election of Joe Biden

The projected election of Joe Biden and Kamala Harris to America's top two jobs in America brings a lot of firsts. Among them is the first ever rescue dog set to move into the White House.

Biden and his wife Jill have two German Shepherds, Major and Champ.

The family has had Champ since 2008, so he's familiar with life in D.C. But it will be Major's first time in town, and he's set to become the first ever rescue dog to move into the White House.

The Bidens fostered Major for several months in 2018 before formally adopting him from the Delaware Humane Association.

The association's Director of Animal Care Kerry Bruni said the former vice president reached out to see if he could help when they posted on social media that they had received a litter of sick German Shepherd puppies.

Needless to say, Major is in great health now and ready to enjoy his new home come January.

The White House hasn't had any pup residents for the last four years since President Donald Trump took office.

Among many other (much more substantive) things, Biden even campaigned on the platform of bringing dogs back to Pennsylvania Avenue.

Let’s put dogs back in the White House. pic.twitter.com/7pBihksfXT

President Barack Obama and his family also had two dogs, Bo and Sunny, which were both Portuguese water dogs.