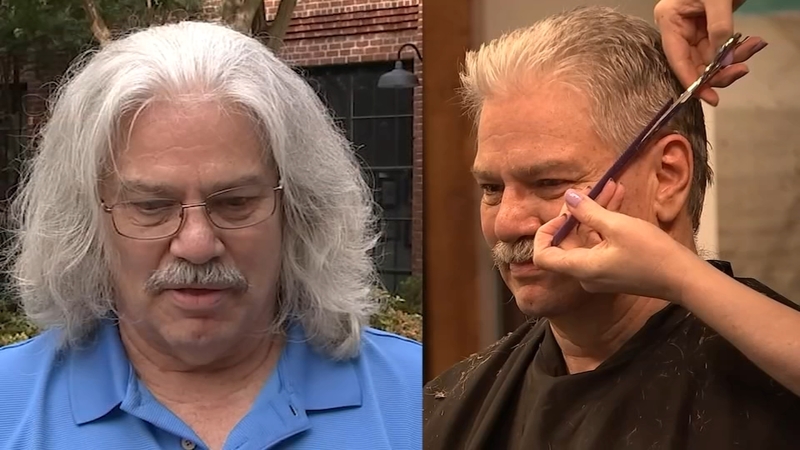 Todd Taylor's a jovial guy. Born in 1957, he chuckles as he tells us how back in the sixties, he couldn't wear his hair long because her mother, a Marine Corps officer, preferred it short.

But on Wednesday morning, he joked about the remarks he's heard from people who saw his shoulder length style.

"I get a lot of "Hey, look," he said, "It's Jerry Garcia!"
He served in the Navy as a helicopter pilot. The Vietnam veteran struggled to maintain his composure, minutes after we met at American Tobacco in Durham, during a Zoom fundraiser that honored his late brother Bob.

His voice cracked and he choked up while describing Bob Taylor as an incredibly fast athlete who played four years of professional baseball, then worked as a sportscaster in Charlotte before doctors diagnosed him with ALS. Bob Taylor died in 2020 at the age of 75.

"Bob wasn't defeated by ALS. He just had it, and he lived his life as full as he could with it," said Todd.

ALS also claimed the life of our friend, longtime ABC11 anchor Larry Stogner. On this day, Todd Taylor had his long hair cut on camera while family and friends watched on Zoom. It happened on the day Major League Baseball observed Lou Gehrig Day.

"Lou Gehrig was a first baseman, Bob was a first baseman. Lou Gehrig hit a lot of home runs, Bob didn't hit so many," Todd said with a smile. "So it was a perfect fit!"
He surpassed his fundraising goal of $6,000, money he's donating to the Joe Martin ALS Foundation. That organization sends home assistants to the homes of ALS families like his brother's.

"The foundation provided that much needed help and relief. So now that it doesn't do me any good or my family any good, supporting the family and trying to help somebody in the future, we're paying it forward, he said.

And because $6,000 provides much needed long term assistance, "Here we are, with a year and a half worth of help for a family we don't even know at a time when everybody's hunkered down, inwardly. This is a thing where everybody seems to be giving."

Those donors include his son, who also had most of his long hair chopped for charity.

"To me that's an amazingly positive thing that has happened, and I think we really need it," said Taylor.

The father's eight inches of hair and his son's 11 inches will go to Hair We Share, provider of hairpieces for people with medically related hair loss.