Chief of staff John Kelly will leave job at end of the year, Trump announces 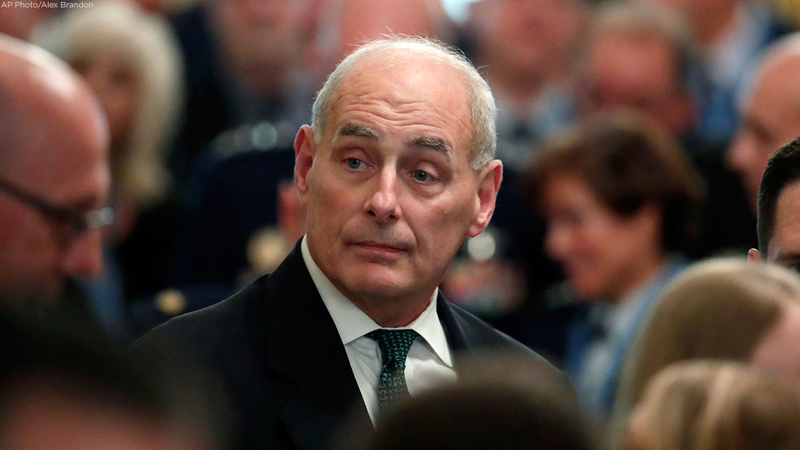 WASHINGTON -- Chief of staff John Kelly will leave his job at the end of the year, President Donald Trump announced Saturday.

Kelly is a retired Marine general who has served as chief of staff since July 2017. Trump didn't immediately name Kelly's replacement but teased that an announcement will be made in the coming days.

Trump called Kelly, who had previously served as secretary of homeland security, "a great guy."

The West Wing shake-up comes as Trump is anticipating the challenge of governing and oversight when Democrats take control of the House in January, and as gears up for his own campaign for re-election in 2020.