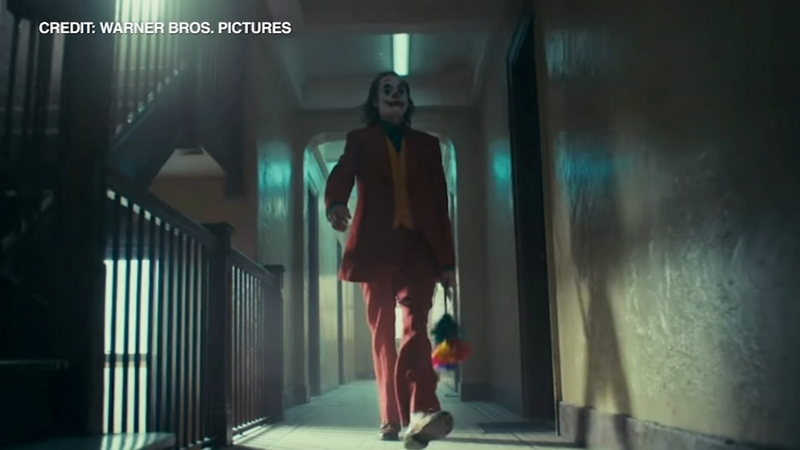 LAWTON, Oklahoma -- A document prepared at a U.S. Army base in Oklahoma says officials have been alerted to "disturbing" online chatter about a potential mass shooting threat at a theater during next week's release of the movie "Joker," but it references no specific location.

Christopher Grey, chief of public affairs for the U.S. Army Criminal Investigation Command, told The Associated Press officials are "not aware of any information indicating a specific, credible threat to a particular location or venue." Grey says the original information came from the Texas Department of Public Safety and was posted on social media.