Jerry Windle adopted his son Jordan, who is now an Olympic diver.
ABCNews
By Katie Kindelan via GMA 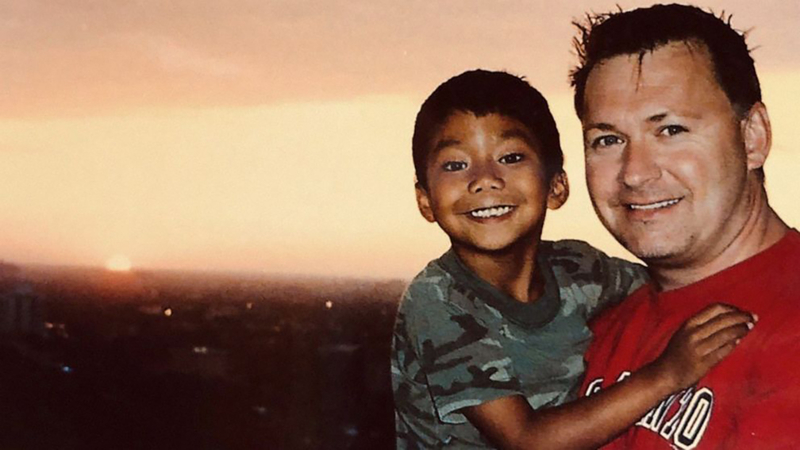 When Jerry Windle watches his son Jordan Windle, a U.S. Olympic diver, compete in the Tokyo Olympics Friday, he says he will be thinking about the incredible journey it took to get there.

Windle, of Anderson, California, adopted Jordan, now 22, from Cambodia when he was just 18 months old.

"From a very young age, I always knew I wanted to be a dad," Windle told "Good Morning America." "That was something just innately part of who I was."

Windle is also gay, which at the time, two decades ago, he thought would prevent him from ever fulfilling his dream of fatherhood.

"I got a little bit sad and depressed about the fact that I could never have a child," he said. "But I'd accepted that."

That changed when Windle, after the death of his mother, switched careers and moved from California to Florida when he was in his mid-30s. While waiting at a doctor's office in Florida, he said he began reading a magazine that profiled a single dad who adopted a son.

"I called the agency [named in the article] and just said, 'Is it possible for a single person to adopt?' and they said, 'Yes,'" Windle recalled. "I got a packet of information and an application about a week later and I took probably three days and filled out every single document, got fingerprinted, filled out my background information, I did everything."

Shortly after applying for adoption, Windle said he learned about a boy in Cambodia who was in an orphanage and available for adoption. When the adoption agency sent a photo of the boy, at the time named Pisey -- Cambodian for "little darling" -- Windle said he knew he was looking at his son.

"It was done the second I opened the envelope and saw that photograph," he said. "I sent a photo of me and asked them to give it to him in a necklace and explain to him that I was his daddy and was going to be coming to get him."

Windle brought his son, whom he named Jordan, home to the United States in June 2000, five months after he began the adoption process.

"When I held him in my arms that first moment, I made a promise to him that I would be the best dad I could possibly be. I wanted his youth to be filled with wonder and amazement," said Windle. "That has been my mission from day one."

Windle raised Jordan in Fort Lauderdale, Florida, which is where the future Olympian was discovered, by chance, at age 7 at an aquatics summer camp that Windle remembers signing him up for at the last minute.

"They let them jump off the diving board one day and when I dropped him off again, the guy who was running the camp asked if he could talk to me," said Windle. "He said, 'You need to get this child into diving. ... He will be a national champion one day. He may even be an Olympian one day.'"

The man who told Windle his son could be an Olympic diver was Tim O'Brien, whose father, Dr. Ron O'Brien, was a longtime Olympic diving coach and coach of four-time Olympic gold medalist Greg Louganis.

"I put him in diving and before the year was out, he was doing insane dives," said Windle. "The next year, Jordan won the junior national championship."

The family later moved to Indianapolis and North Carolina so that Jordan could continue his diving career.

In North Carolina, Jordan was coached by Nunzio Esposto, the head diving coach at Duke University.

"It's a coach's dream to work with a kid like that who loves his sport," Esposto said of Jordan. "He has the drive. He has the determination and he loves to dive. If you watch him, he's always smiling."

Esposto said in his years of coaching Jordan, he also saw the special bond between father and son.

"Jerry was always so supportive," said Esposto. "He was willing to travel, willing to take time off his job to be sure he was at Jordan's meets. He was very trusting in letting me do my job and letting Jordan do his thing and knowing that we had his support."

"They're a great family all around," he said.

When Jordan was 16, the Windles returned to Cambodia for the first time since his adoption. Jordan competed in a diving exhibition there and was greeted like a rock star, with people yelling his Cambodian name Pisey, according to Windle.

"People in Cambodia really believe that Jordan was meant to bring light," he said, adding that Jordan recently got the Cambodian flag tattooed on his arm in a spot where people can see it when he dives.

After narrowly missing earning spots on the U.S. Olympic Diving Team in the two previous Olympic trials, Jordan, a senior at the University of Texas, placed second in the 10-meter platform at the Olympic trials in June.

The Tokyo Olympics will be one of Jordan's few diving competitions that Windle has ever missed in-person. Fans, including athletes' family members, are not allowed to attend this year's Olympics due to COVID-19 restrictions.

Instead, Windle, who FaceTimes with Jordan daily, will be alongside friends and family in California as he watches his son fulfill an improbable dream.

"His intention is to go out there and give it all that he's got and I couldn't ask for anything more than that," said Windle. "I can't wait to watch the rest of his story unfold because I know it's just beginning."