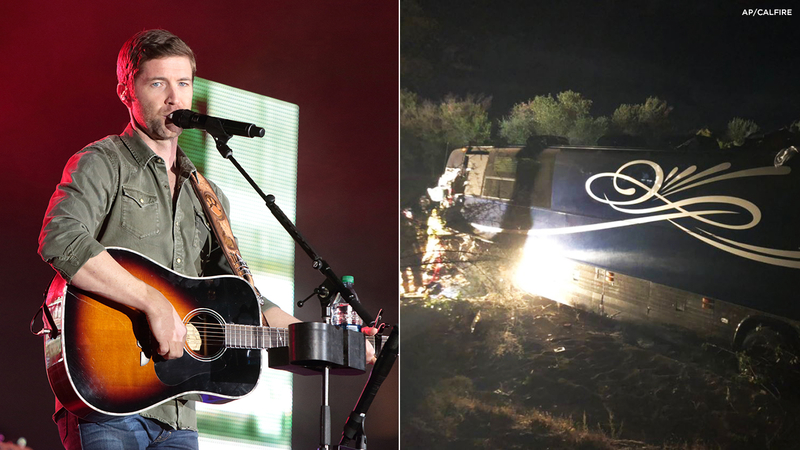 Turner and his band were not on the bus.

The bus was traveling eastbound on Highway 46 in San Luis Obispo County when it skidded roughly 500 feet off the roadway in Shandon late Wednesday night, according to the California Highway Patrol.

The trip followed a Turner concert at the Vina Robles Amphitheatre in Paso Robles, according to media reports.

[FINAL] #CenterIC Confirmed Tour Bus of the Josh Turner Road Crew was involved in this accident. Mr. Josh Turner and band were in different buses and not injured. #CHP and #Firefighters will be at scene several hours for investigation and clean up. pic.twitter.com/zVnPEjy5BN

One fatality and multiple injuries were reported, including two people who suffered "major" injuries, according to officials.

The victims' names have not been released.

The cause of the crash is under investigation.