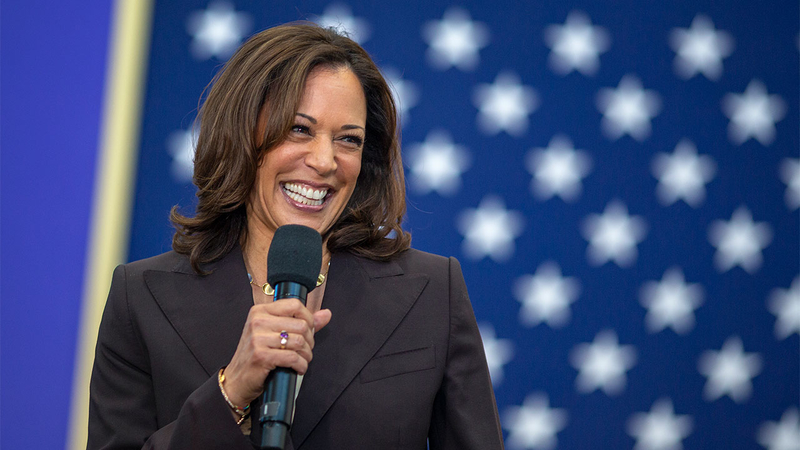 RALEIGH (WTVD) -- Joe Biden's historic selection of Senator Kamala Harris as his running mate is the first time a Black woman and Indian-American have appeared on the ticket of a major party.

"This is just a huge inspiration for the younger generation - the college kids, the high school kids, that look at Kamala Harris and now say, 'I can be the president. I can be the vice president,'" said Morrisville Council Member Steve Rao, who is also an Indian-American.

Harris is the daughter of an Indian mother and Jamaican father. Rao, a first-generation American who grew up in West Virginia, said Harris' success should serve as an example of the importance of supporting underserved communities.

"There's a lot to be learned here that we have more Kamala Harris' out there - investing more in communities of color, communities that are disenfranchised," said Rao.

"She's an accomplished woman. And I just believe that, of course, it's a great acknowledgment for the Indian community. And I think (she's) a role model for young Indian women that there is a pathway to achieve such a high level of recognition," added Inderdeep Chatrath, with the advocacy group North Carolina Asian-Americans Together (NCAAT).

Who is Kamala Harris? What to know about the California Senator

Everything to know about Kamala Harris, the first black woman to be nominated for national office.

Part of NCAAT's work revolves around civic engagement and voter registration. According to Pew Research, Asian-Americans are the fastest-growing voter base in the country. In 2000, there were 4.6 million Asian Americans eligible to vote; in 2020, that number will top 11 million.

"In North Carolina, the population of Asian-Americans is really increasing at a fairly rapid rate. So I would hope that these folks would take note that they are a voting bloc that needs some attention as well," explained Chatrath.
The population increases have also led to greater representation of Indian-Americans in the world of politics. High-profile recent examples include former South Carolina Governor Nikki Haley, who served as US Ambassador to the UN from 2017-2018, and former Louisiana Governor Bobby Jindal, who ran for president in 2016. Both Haley and Jindal are Republican.

Besides Rao, other local examples include Democratic state senator Jay Chadhuri, who represents part of Wake County, and Duke professor Ronnie Chatterji, who is running as a Democrat for State Treasurer. If he wins, Chatterji would become the first Asian American elected to statewide office in North Carolina. Chatterji served as a senior economist to the White House Council of Economic Advisers in 2010-2011 under President Obama.

Rao and Chatrath hope that Harris' accomplishments are not overshadowed by the historic nature of her selection.

"Senator Harris regardless of her color and her race, both being a Black Woman and an Indian-American, she is an excellent lawyer and prosecutor. She has served with distinction in the United States Senate," said Rao.