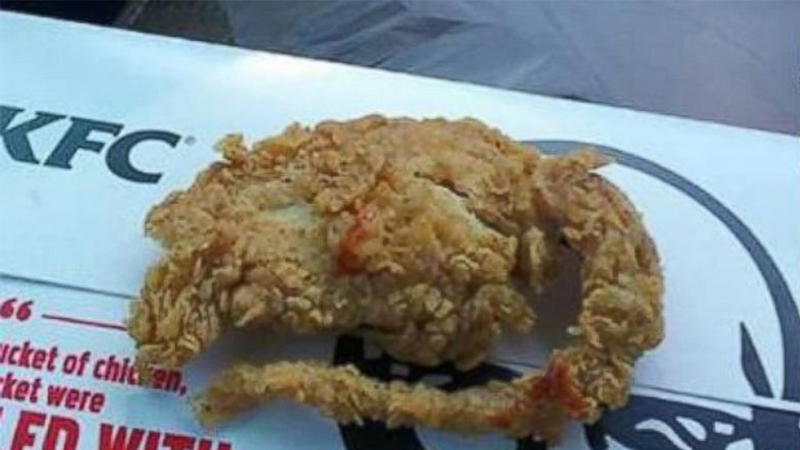 Customer claims to have found fried rat in his food

LOS ANGELES -- KFC is refuting a customer's claim that he received a fried rat with his order of chicken tenders, calling it a "hoax" and saying the company is "considering all options" regarding the allegation.

Devorise Dixon shared an image to Facebook on Thursday of piece of fried meat that he claimed was a rat. Dixon said he the received the rat-shaped tender from a KFC in Compton, Calif.


"As I'm eating chicken, I grab this one particular piece and I bit into it [and] I noticed it was very hard and rubbery," Dixon said on the Randy Economy Show. "It was very nasty; I spit it out. I looked down at my hand and realized it was the shape of a rat with a tail and everything in it."

Dixon's interview can be heard below starting around the 43 minute mark.

The photo quickly went viral, being shared on Facebook over 100,000 times.

Dixon said that he saved the questionable meat and later returned to the KFC where a manager "freaked out too," confirmed that it was a rat and apologized.

KFC says it has attempted to reach out to Dixon regarding the issue and the company is refuting his claim that fried piece of meat was a rat. In a statement to ABC, a company spokesperson said:

"A customer has made a serious claim against KFC and refuses to cooperate in the investigation. The images the customer originally posted do not include this second angle because it clearly shows it's a piece of hand-breaded white meat chicken. Based on this, and the fact that he refuses to allow anyone to see the product, we are left to believe that he intended to deceive the public with this hoax and we are considering all options."

Rodrigo Coronel, a KFC spokesperson, made the following statement.

"We did an internal investigation and talked to all employees. That statement is false," Coronel told The Huffington Post. "The right thing for this customer to do is to apologize and cease making false claims about the KFC brand." 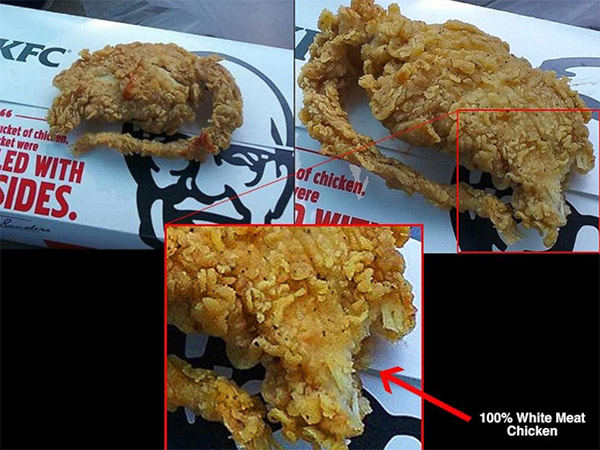 KFC released this image showing how the fried food is chicken.

This is not the first time a fast food customer has claimed to find a deep fried rodent in with their chicken dinners. The "Kentucky Fried Rat" legend dates back to the mid-1990s, according to Snopes.com. The website, which specializes in debunking myths and viral rumors, says the story resonates with modern day society because Americans have become disconnected with the food they consume.

Other similar stories include a Virginia woman that claimed to have found a fried chicken head in a box of McDonald's chicken wings in 2000, and a man who claimed to have bitten into a fried mouse from a Baltimore Popeye's in 2003.