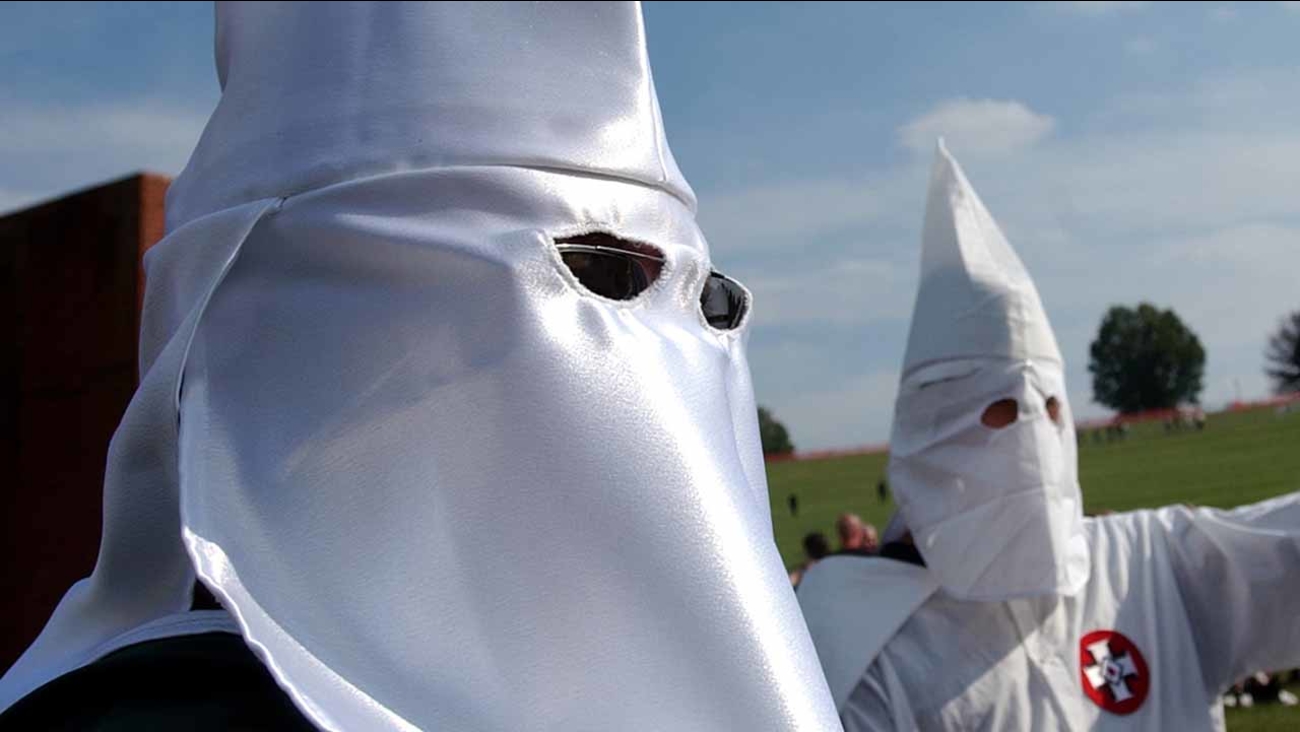 Members of the Knights of the Ku Klux Klan participate in a neo-Nazi rally. (Carolyn Kaster)

PELHAM, N.C. (WTVD) -- One of the largest Ku Klux Klan groups in America plans to celebrate Donald Trump's election with a parade next month.

The Loyal White Knights of Pelham, North Carolina, says the parade will take place on Dec. 3.

The group has not announced a time or location, but it did post this message on its website: "TRUMP = TRUMP'S RACE UNITED MY PEOPLE."

Viral Mebane 'KKK march' photo is not what it seems

The Anti-Defamation League says the group has between 150 and 200 members and is perhaps the most active KKK group in the U.S.

Several Klan groups endorsed Trump. The president-elect was criticized for not denouncing the groups soon enough.

The NCGOP released a statement in reaction to news of the rally:

"We are disgusted and condemn this extremist ideology and associated actions in the strongest possible terms," said NCGOP Chairman Robin Hayes. "These acts and thought processes are no reflection of the heartbeat of this great country and are counter to the efforts to make America great again. We stand with the Democratic Party in calling these out-of-state troublemakers to go home."