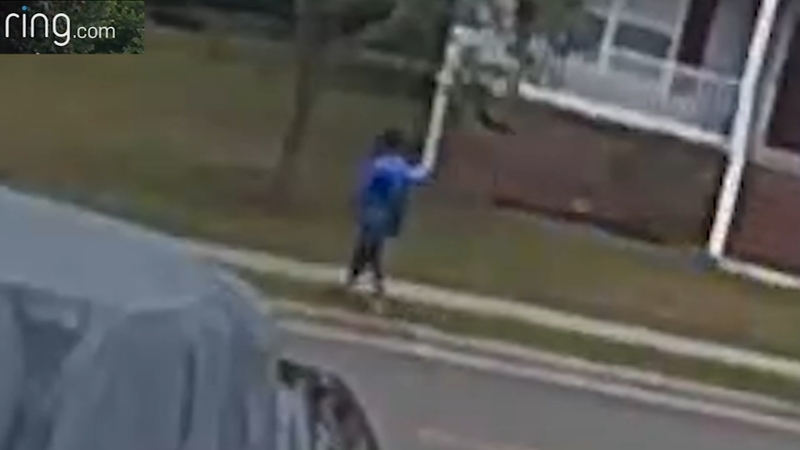 KNIGHTDALE, N.C. (WTVD) -- The Knightdale Police Department on Friday released video of the person they believe to be responsible for two assaults on the Mingo Creek Greenway trail earlier this month.

Police said that in both cases, the suspect followed women as they were walking on the trail. The man then unwantedly touched at least one woman on her buttocks before running off.

The suspect was described as a teenager. Witnesses said he is bi-racial or Black with light skin. He is short in stature, about 5 feet 5 inches to 5 feet 7 inches with a larger frame. He had dark curly hair, and in one incident he was wearing a blue t-shirt and dark basketball style shorts.

Police told greenway users not to confront anyone fitting that description.

"This is our first time on this park, but that's concerning," said Ryan Ellington, who left home on Saturday to explore Mingo Creek Trail.

"I would think I'd be fine doing that. As a woman, coming out at night, yeah I definitely would want to have someone with me. But normally, I would think that was fine," said Elyse Ellington.

The couple was shocked that the incidents both happened in the middle of the day.

Anyone with information is asked to contact Detective Kerry Burke of the Knightdale Police Department 919-217-2261.