On The Red Carpet Presents Latino Storytellers Spotlight on LALIFF On The Red Carpet Presents Latino Storytellers Spotlight on LALIFF

LOS ANGELES -- "On The Red Carpet Storytellers Spotlight" is a conversation series produced by ABC7 Los Angeles that features the work of underrepresented diverse storytellers in television, film, theater and music. The series focuses on the storytellers' backstory, sharing what inspired them to become storytellers, issues they face in the entertainment industry, and social issues they are passionate about.

In honor of Hispanic Heritage Month 2021, On the Red Carpet and the Los Angeles Latino International Film Festival will spotlight 7 different Latino films along with exclusive interviews with the directors. These inspiring filmmakers will share their journey and experience to becoming filmmakers, the importance of diverse representation in the entertainment industry and their body of work.

Bio: Born and raised in Puerto Rico, Zoé Salicrup Junco is an award-winning director, writer, and producer with a passion and commitment to tell stories about underrepresented communities, specifically Latinxs and women. Her short film "MARISOL," a NYC-set drama following an undocumented mother who risks exposing her pending status through a ride-share app in order to save her family, won the HuffPost Social Impact Award in 2020 and was acquired by HBO. A graduate of NYU's Tisch School of the Arts, Zoé's work has screened in top-tier film festivals including Tribeca, Palm Springs, and Clermont Ferrand International Short Film Festival.In2012, her film "GABI," an unfiltered portrayal of what it's like to be an unconventional woman in a small town in Puerto Rico, garnered her top prizes like the King Screenwriting Award, the Wasserman Directing Award, the National Board of Review Student Grant, and a spot in The Independent Magazine's "Top 10 Filmmakers to Watch" list. Most recently, her short film "MARÍA," a psychological thriller shining a light on the mental health deterioration underserved communities, like Puerto Rico, endure after natural disasters, aired on PBS Film Festival. Aside from her narrative work, Zoé also directs commercial content for artists like Doja Cat and Raja Kumari, as well as brands like Sony, HBO, Herschel, and Bausch & Lomb. Zoé is a 2013Cinefestival/Sundance Latino Screenwriters Project Fellow, and a participant at the 2016 Sundance Women's Financing Intensive and the 2019-2020 Creative Capital Professional Development Workshop for Artists. She's also an active member of the New York Women in Film & Television Organization and the NYC Women's Filmmakers Group. To learn more about Zoé, visit her website zoesj.com.

Synopsis: Several weeks after a devastating hurricane, a young woman, María, returns home to care for her father, who recently tried to end his own life. While María waits for him to be discharged from the hospital, she struggles against an uncertainty that consumes her. With no access to water, electricity, or food she becomes obsessed with cleaning up every last trace of the tragedy. Following the aftermath of Hurricane María, this short film shines a light on the mental deterioration underserved communities, like Puerto Rico, endure after natural disasters.

Bio: Andrés Vázquez is a first generation U.S. Latine writer-director based in Los Angeles. As the seventh son of Mexican immigrants and descendant of the US-Mexico Bracero Program, Andrés' filmmaking examines the relationship between work and identity and the dialectical process of people making something out of what their situation is making of them. His most recent films, Omolara and El Llano En Llamas, were official selections of the Bronze Lens Film Festival, Urban World Film Festival, FRIEZE LA, and the HOLA Mexico Film Festival as part of Tomorrow's Filmmakers Today presented by Warner Media and HFPA (2021). His script, Despierta, won the Sundance Co//ab Sound as Storytelling Challenge presented by the Dolby Institute (2020). Andrés was a Film Independent Project Involve Directing Fellow (2020) and was awarded the 2021 DB Frieze LA Film Award Fellowship, presented by Deutsche Bank, Frieze, and Ghetto Film School in partnership with Endeavor Content. Andrés is a recipient of the 2021 Kintsugi Spirit Artist Grant with the Japanese American Cultural and Community Center (JACCC), under the guidance of artist Hirokazu Kosaka. His project FREQUENCIES, a multimedia documentary that explores the importance of holding communal space for mourning and meditation, will be on virtual exhibit in October 2021 with JACCC. Andrés is currently developing his first feature.

Synopsis: "Wilderness" tells the story of a father and son who contemplate life and the cosmos while stargazing on their camping trip. When the son is suddenly struck with a feeling of homesickness, his father sets out to comfort his son's longing by re-imagining for him what home really means.

Bio: Armando Sepulveda Mendoza is an animation director and stop motion animator from Culiacán, Sinaloa, Mexico. He now lives in Los Angeles, where he immigrated as a kid and has spent the majority of his life. Currently, Armando is pursuing an MFA in Animation and Digital Arts at the University of Southern California and continuing to make short films while building the foundations for a career where he can continue to use stop-motion and experiment in other artistic mediums to tell his stories through animation.

Synopsis: Miguel must overcome the feeling of being an outcast on his first day of school in a new country.

Meet Javier Colón Ríos, one of the directors of "From Now On," as part of On The Red Carpet Presents Latino Storytellers Spotlight on LALIFF.

Bio: Javier Colón Ríos holds a master's degree in film direction from the American Film Institute. After making several award-winning short films, he wrote, produced and directed his first feature film "I am a Director", which was distributed by The Sundance Channel, Starz and Canal +. After the success of this first film, he co-wrote and directed "Yo Soy Un Político" which was sold to HBO and is now on Amazon Prime. After the success of his first two films, Javier has shadowed on TV's "Jane the Virgin" and "Good Trouble" and directed his third feature film "Inside the Circle."

Film title: "From Now On"

Synopsis: Two middle-aged Latinas from the East Coast stop along the Malibu coast on their way to Northern California. Both are from conservative families. They have done something momentous today, defying cultural stereotypes imposed by their own culture. A phone message from a beloved young nephew offering unconditional love, reveals to us, the life-changing decision they have made.

Meet Michael Flores, the director of "La Campana" and "Mi Tesoro," as part of On The Red Carpet Presents Latino Storytellers Spotlight on LALIFF.

Synopsis: A young woman in El Salvador wishes to hear the village bell before she joins a caravan to the US, but the antique bell hasn't rung in 25 years and there is only one man left that can repair it: a drunkard that lives in the cemetery. 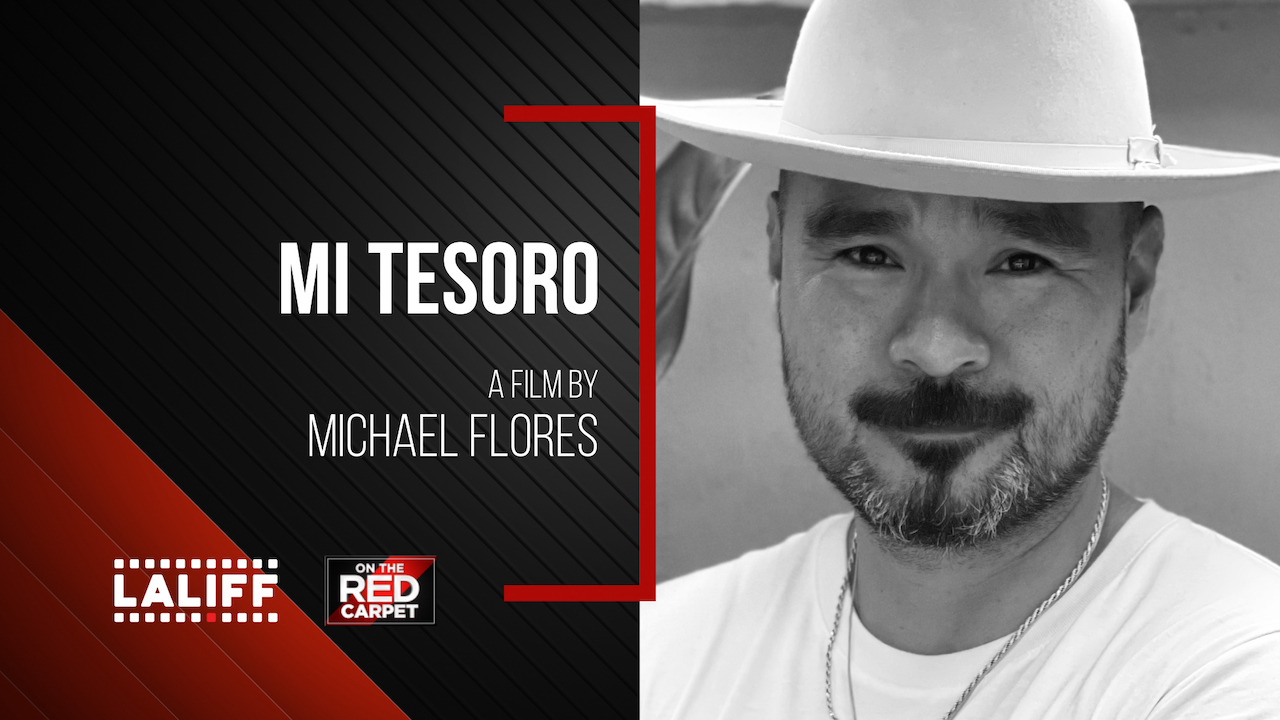 Synopsis: A cleaning woman steals a Salvadoran Civil War map and hunts for a treasure in the hopes of reuniting with her son. 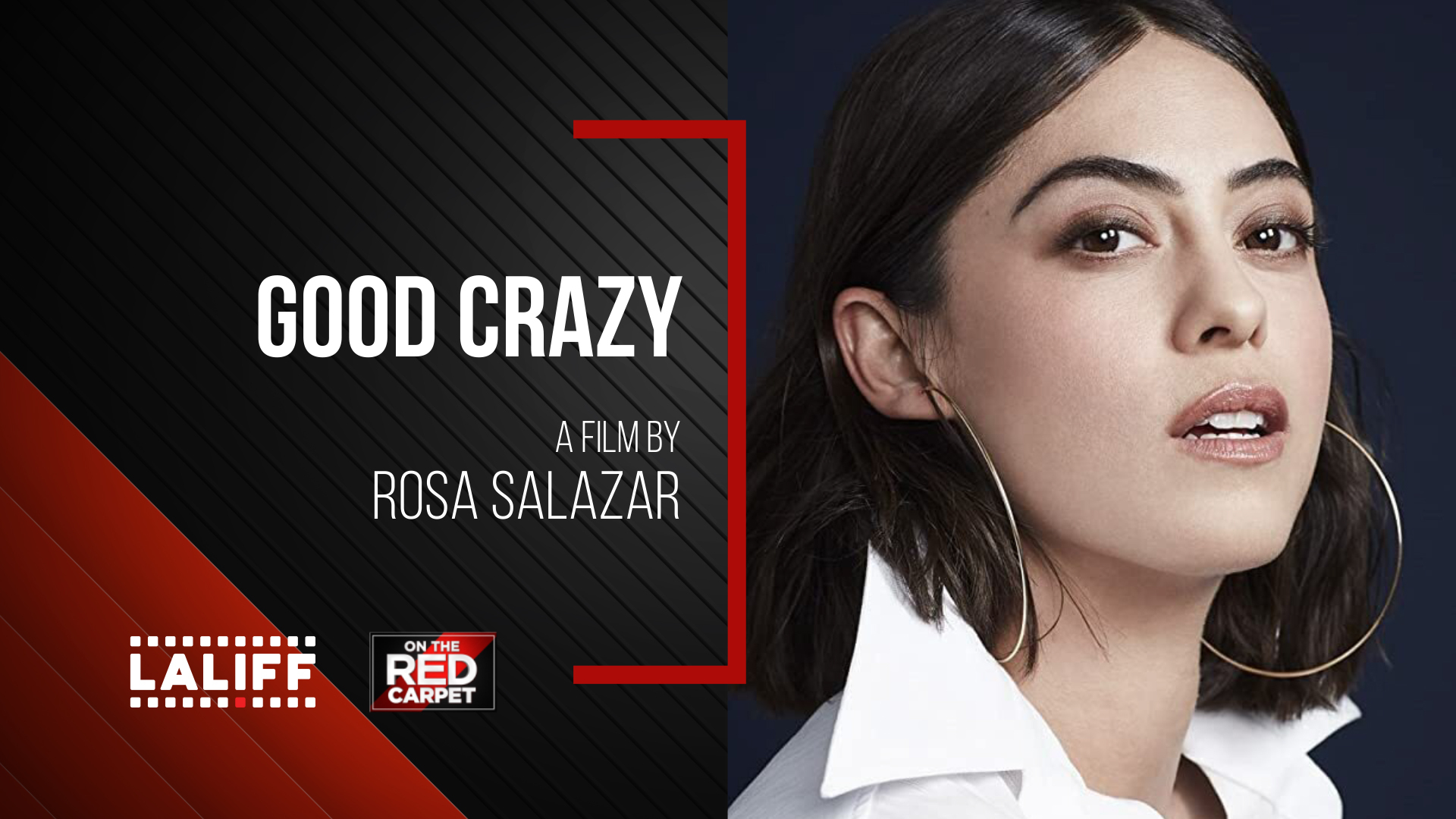 Bio: Born in Washington D.C. and raised in Greenbelt, Maryland, Rosa Salazar is an actor, writer and director based in Los Angeles. Salazar's upcoming film releases include "CHiPS" for Warner Bros., "MAZE RUNNER: THE DEATH CURE" for Twentieth Century Fox, and "ALITA: BATTLE ANGEL" for Twentieth Century Fox. Her past films include "MAZE RUNNER: THE SCORCH TRIALS," "THE DIVERGENT SERIES: INSURGENT," "SEARCH PARTY," and "NIGHT OWLS." In television, she has appeared in "MAN SEEKING WOMAN", "AMERICAN HORROR STORY" and "PARENTHOOD" among others. She made "GOOD CRAZY" out of her love for accountability/hate for idiocracy. This is her directorial debut.

Synopsis: A complex chick deals with a vanilla beau, a sh*tty brunch and a dead coyote all in a Los Angeles day. There's batsh*t crazy and then there's good crazy...she fits somewhere in between.