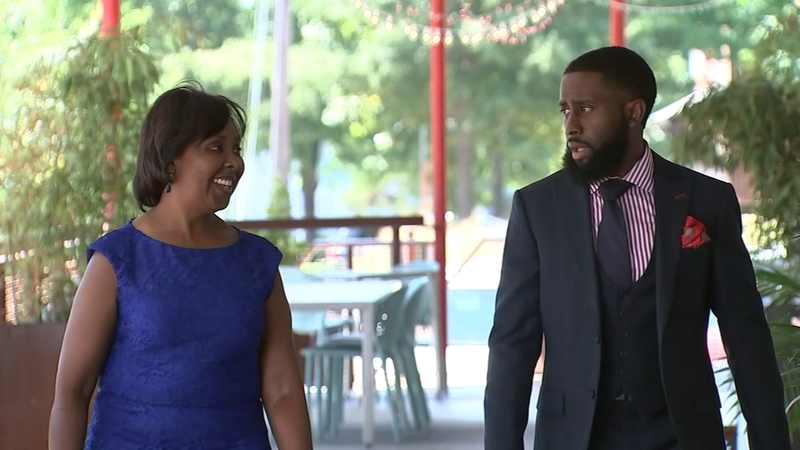 "In high school, I took one sewing class and I made some Garfield pajamas," said Jamison Sanders while wearing one of his own custom, Robert Jamison Collection suits.

The 31-year-old sells custom $1,000 men's ensembles and is working to open a storefront in southeast Raleigh.

At 58 years old, Vickie went back to the classroom with her two sons- the youngest owns his own sneaker company- and in 2017, all of the Sanders graduated from the Launch Raleigh program.

Since then, Vickie said her company has grown by about 50-percent, with 30 aids in six counties providing in-home care to seniors.

She wants to keep growing her business, especially in southeast Raleigh.

"When a lot of things happen good all around the community, rarely does it include southeast Raleigh," said Matthew Kane, founder of Launch Raleigh. "So we saw that as a challenge."

As a member of the Rotary Club of North Raleigh, Kane partnered with Wake Tech Community College and several other sponsors, modeling the program off Launch Detroit.

In 2017, Launch Raleigh welcomed its first class of entrepreneurs who were either from southeast Raleigh or planned to start their business there.

"We're serving main street businesses," said Katie Gailes, Wake Tech Director of Entrepreneurship Initiatives. "These are the businesses that make communities work. They're not necessarily the sexy new app or the new bio-tech bio-pharma thing, but they're the things you look for when you go into a community to decide whether it's livable."

Southeast Raleigh is home to the Sanders family and they hope as successful entrepreneurs, to give back to the community they love.

"Give back to my community, to possibly employ people that's within my community so that we can continue to grow," said Jamison.

Kane said Launch Raleigh received 74 applications for this year, 40 entrepreneurs were interviewed, and 23 students were accepted. Orientation is Sept. 10, but applications are always accepted.