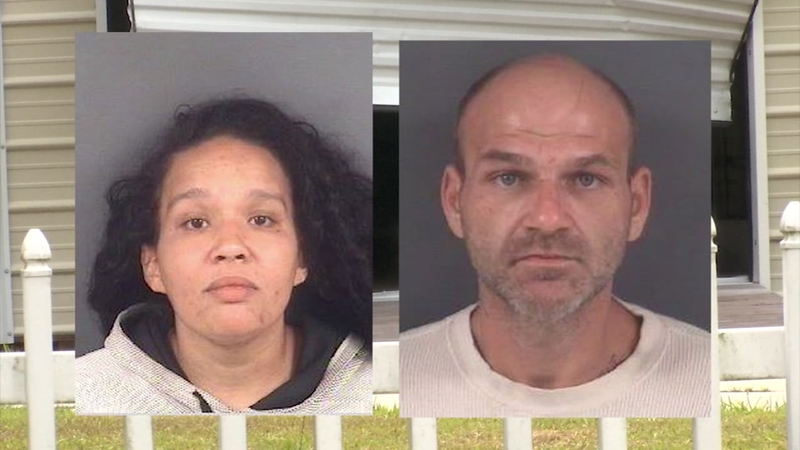 Two charged with theft at church

"They robbed God's house. And when you rob God's house, you can't always expect to get away with it," said Pastor Milton Murray.

Jessica Beauchamp, 29, and 36-year-old Jason Coptsias are facing charges after the Cumberland County Sheriff's Office said the two broke into the church's storage unit. There, authorities say the duo stole a lawnmower worth about $11,000.

James Smith, a deacon at the church, said he arrived minutes after the burglary. Once Smith realized what happened, he and another church member headed south on Highway 210.

TONIGHT AT 11: Two people are facing charges after authorities say they stole an $11,000 lawn mower from an Autryville church. The pastor's reaction and how the duo were caught on @ABC11_WTVD. pic.twitter.com/VM1yRsUznA

Prior to arriving at the church, Smith said they saw a car dragging a mower that looked similar to the church's. After getting back on the highway, they found that car and notified a deputy who was passing by.

"We flagged down one that didn't even know anything about it. He was on his way to work," said Smith.

The suspects led deputies on a chase before Copstias drove into a ditch and ran into the woods. Deputies were eventually able to arrest Beauchamp and Copstias and recover the mower.

"It's minor damage. I'm just glad that no one was hurt or injured," said Murray.

The pastor said he hopes both Beauchamp and Copstias get the help they need.

"You are to forgive, and we don't hold any grudges," said Murray.

Despite the act committed against his church, Murray says his arms are wide open.

"We're in the people business. If there's anything I can do to help the young man out, as far as helping be rehabilitated, teaching him about Christ, I would love to do that," said Murray.