RALEIGH (WTVD) -- A 64-year-old Raleigh man who worked as a Santa Claus has pleaded guilty to child pornography charges.

Leander Dewey Jones pled guilty in federal court Monday to one count of manufacturing child pornography. He was originally charged with 12 counts of second-degree sexual exploitation of a minor following his arrest last year.

However, authorities revealed that Jones, who was employed as a Santa Claus and magician for kids' parties, was discovered producing child pornography while two children were in his care.

Authorities were alerted about the incidents on May 29, 2015, when Jones brought his desktop computer in for repair to a Raleigh store.

While examining the computer's hard drive for viruses and malware, a computer technician located a folder containing child pornography, according to officials. The technician then alerted the store's owner who contacted the Raleigh Police Department.

An investigation led police and FBI Child Exploitation Task Force to Jones' home on Brentwood Road in Raleigh where they found numerous files of downloaded images of children as young as 6-years-old. Prosecutors said during a court appearance last June that the total amount of files crossed the federal threshold.

It was later revealed by the United States Attorney's Office for the Eastern District of North Carolina in court Monday that about 4,000 images of child pornography were discovered on the computer and external hard drives. About 1,000 more images were found on CDs and floppy discs.

During Jones' court appearance last June, prosecutors said investigators also found a small "spy" camera that was set up in the bathroom, as well as business cards that showed he advertised himself as a Santa Claus, a magician, and a pirate for children.

A profile on the Triangle Santa Buddies website listed Jones as "Santa Lee Jones" and that he joined the organization in 2014. The profile has since been removed.

Jones is scheduled to appear in court on August 1 for sentencing. He faces up to 30 years in prison. 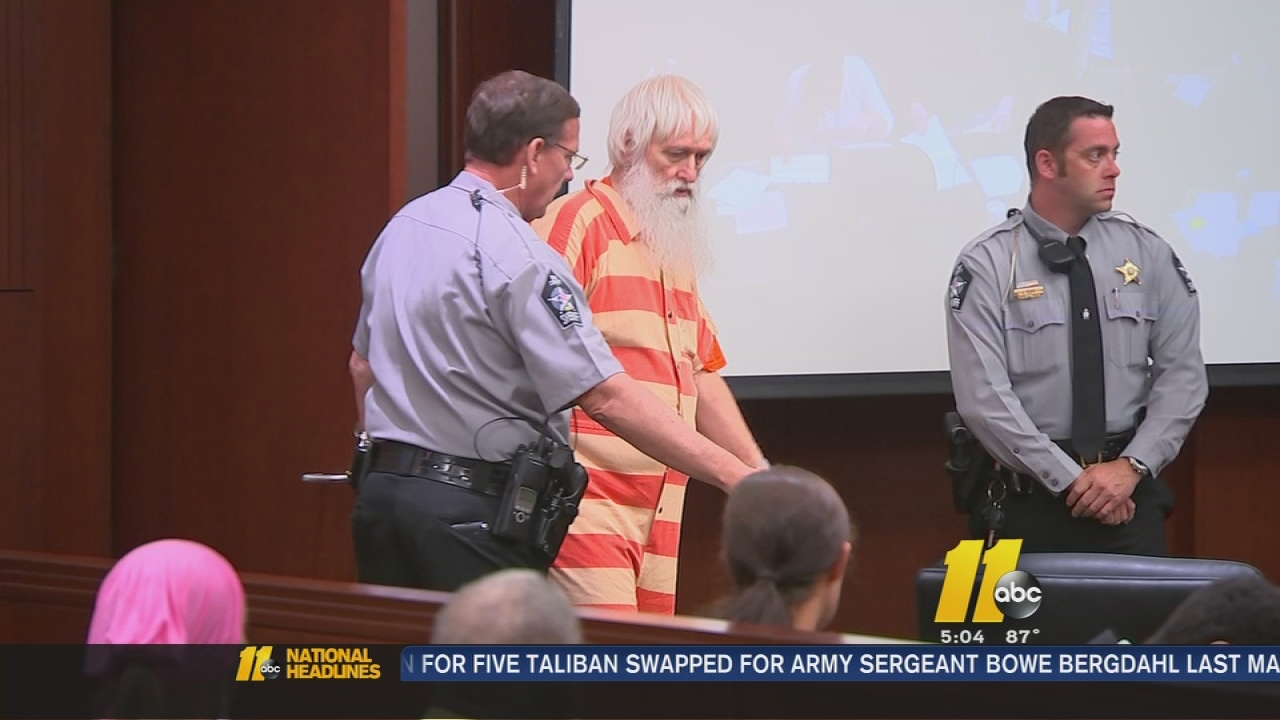