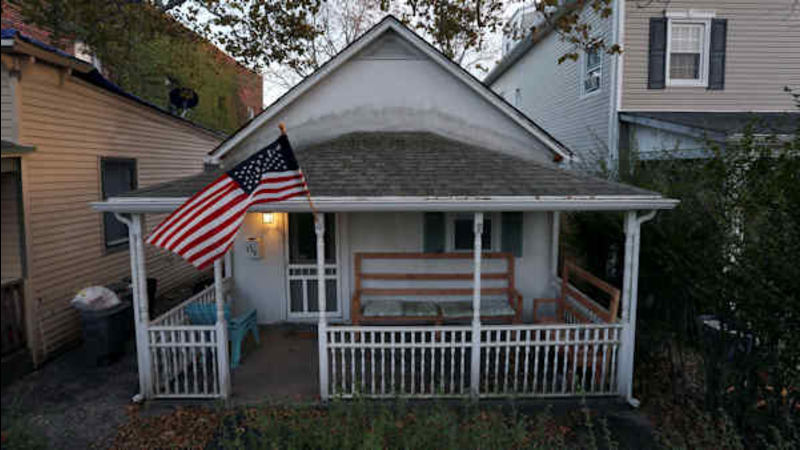 LONG BRANCH, N.J. -- The Jersey shore home where Bruce Springsteen wrote the album "Born to Run" is back on the market.

The two-bedroom cottage at 7 1/2 West End Court in Long Branch is owned by three fans of the singer. They bought it in 2009 with the idea of turning the home into a tribute to the New Jersey rock legend, but those plans were derailed.

"This is the house where Bruce Springsteen lived when he wrote his debut album," realtor Rives Holder said.

In the meantime, the owners have been renting it out. The current tenants at first didn't realize that previous renter was one of their idols. But plenty of fans knew and made the trip.

"My mom is very friendly, helping us paint, when a couple people showed up she let them inside," tenant Rob Garrison said.

Springsteen has said that he wrote every song on the "Born to Run" album - including the title track and other classic songs such as "Thunder Road" and "Jungleland" - while living in the home from 1974 to 1975.

"Apparently the bedroom is where his piano was," tenant Nick Palumbo said. "I said, that's where my bed's going."

The home's list price is $299,000, and Holder gave Eyewitness News a tour, which didn't take long because it's not very big. But hey, it's got music history. And it's only a block from the beach.