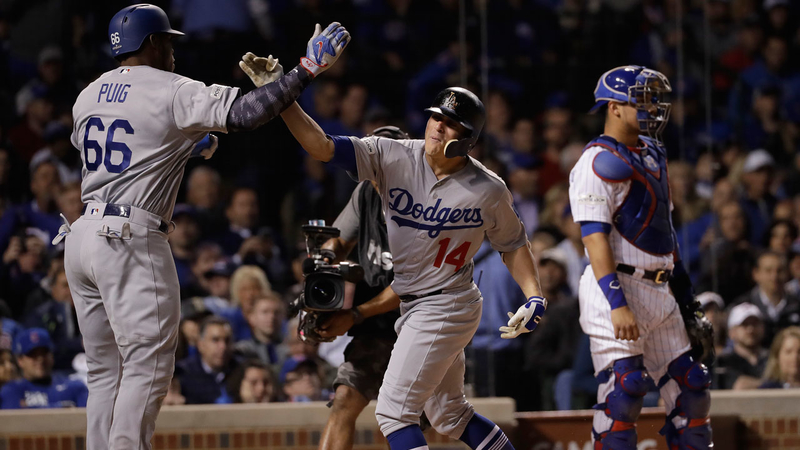 LA Dodgers headed to World Series for first time since 1988

CHICAGO -- The Los Angeles Dodgers are headed to the World Series for the first time in 29 years! They readied themselves for a World Series trip by breaking out their bats.

The Dodgers defeated the Chicago Cubs 11-1 in Game 5 of the National League championship series Thursday night as Hernandez tied the MLB post-season mark with three home runs and seven RBI's.

Ace pitcher Clayton Kershaw did not disappoint in a stellar outing backed by hit after hit, after hit.

The Dodgers have home-field advantage in the World Series, which starts Tuesday in Los Angeles.

As part of the celebration in winning the pennant, buildings in downtown Los Angeles - including City Hall - lit up in Dodger Blue.

Los Angeles City Hall, the U.S. Bank building and other downtown structures lit up in Dodger Blue after the team wins the NLCS on Thursday, Oct. 19, 2017.